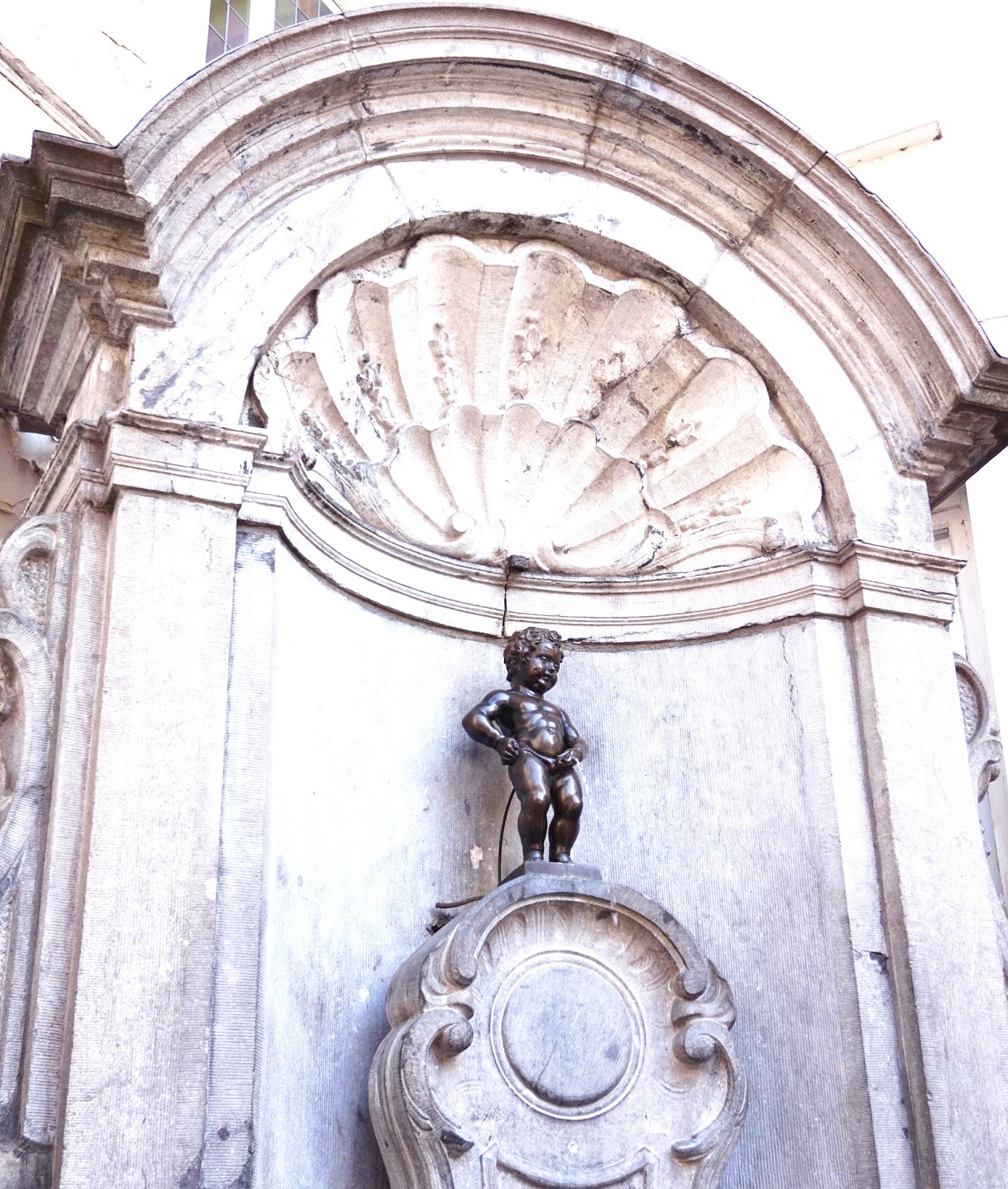 In the end of September Ollie and I decided to take a quick citybreak in Brussels. Although we only had 24 hours in the city, we actually managed to cover pretty much everything the city had to offer and even more. Wonder how to spend just one day in the capital of Belgium? Just keep reading!

Brussels is an incredibly beautiful city, so just walking around the city and admiring the architecture is a sight in itself. But there also a few sights that you just must see or visit, even if you only have 24 hours to do it. These are our favorites:

The Grand Place has to be the first place that you visit in Brussels. Voted the most beautiful square in Europe, this place really has to be seen! Grab a cup of coffee at one of the many cafes lining up the square, sit down and just take in the atmosphere of the bustling square. If you’re planning on going here in August, every other year you’ll have the please of enjoying the view of the square covered in the most beautiful carpet of flowers.

Ah, the symbol of Brussels! You obviously gotta see that. Although this little sculpture is only 60cm high, it is the most photographed sculpture in all of Brussels, and you’ll see people lined up here all day to get their photo of a little boy pissing. If you’re not up for the wait to see him, you’ll also be able to spot him all over down in different materials, from chocolate to prints on shirts.

Although we didn’t decide to take our time to visit this building, it should definitely still be on your bucket list. The Atomium Building was just like the Eiffel Tower built for the World Fair when it was set in Brussels in 1958. Every ball contains a room; one with a restaurant, exhibition and even a dorm for school kids. Even if you like us decide not to go all the way to see the building, you’ll still be able to spot it from around town.

My personal favorite sight in Brussels has to be the comic strip murals! All over town you’ll discover walls covered in colorful murals with your favorite comic strip characters. In my opinion, this is also something that makes Brussels incredibly unique as it gives it some personality and makes it different from all other European capitals. I this post you can read all about hunting the comic strips murals (and the best comic strip museum) in Brussels. 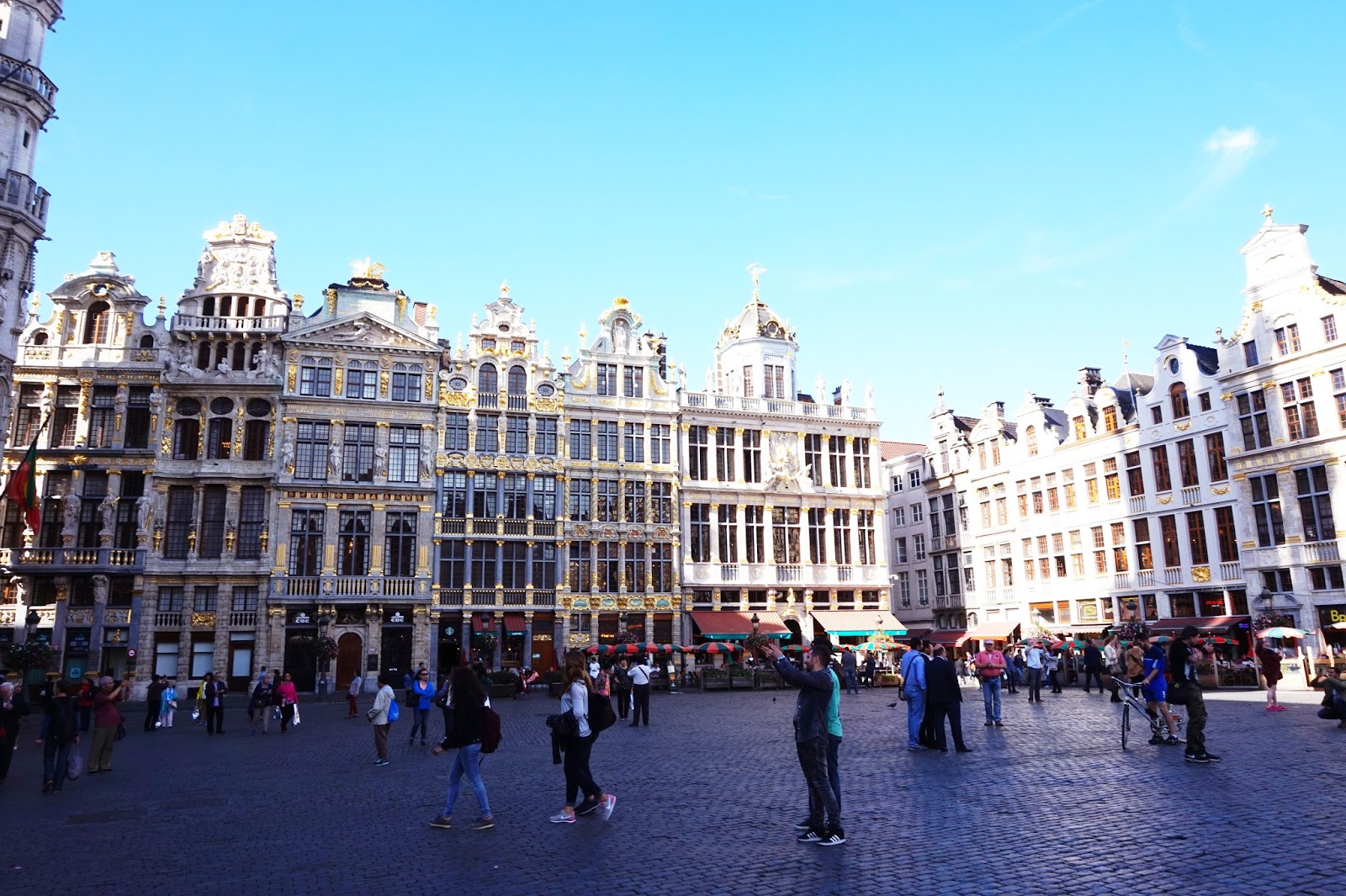 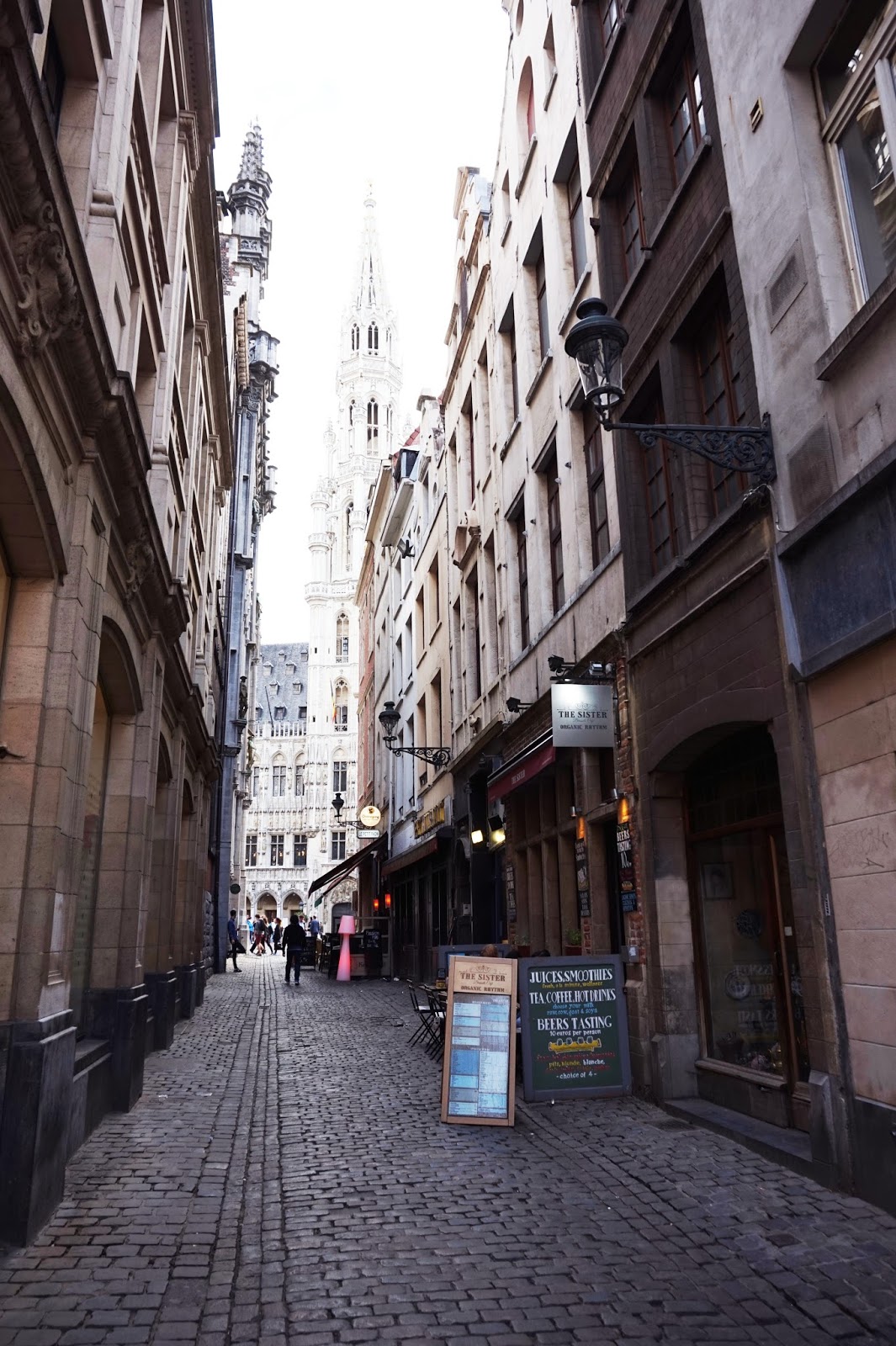 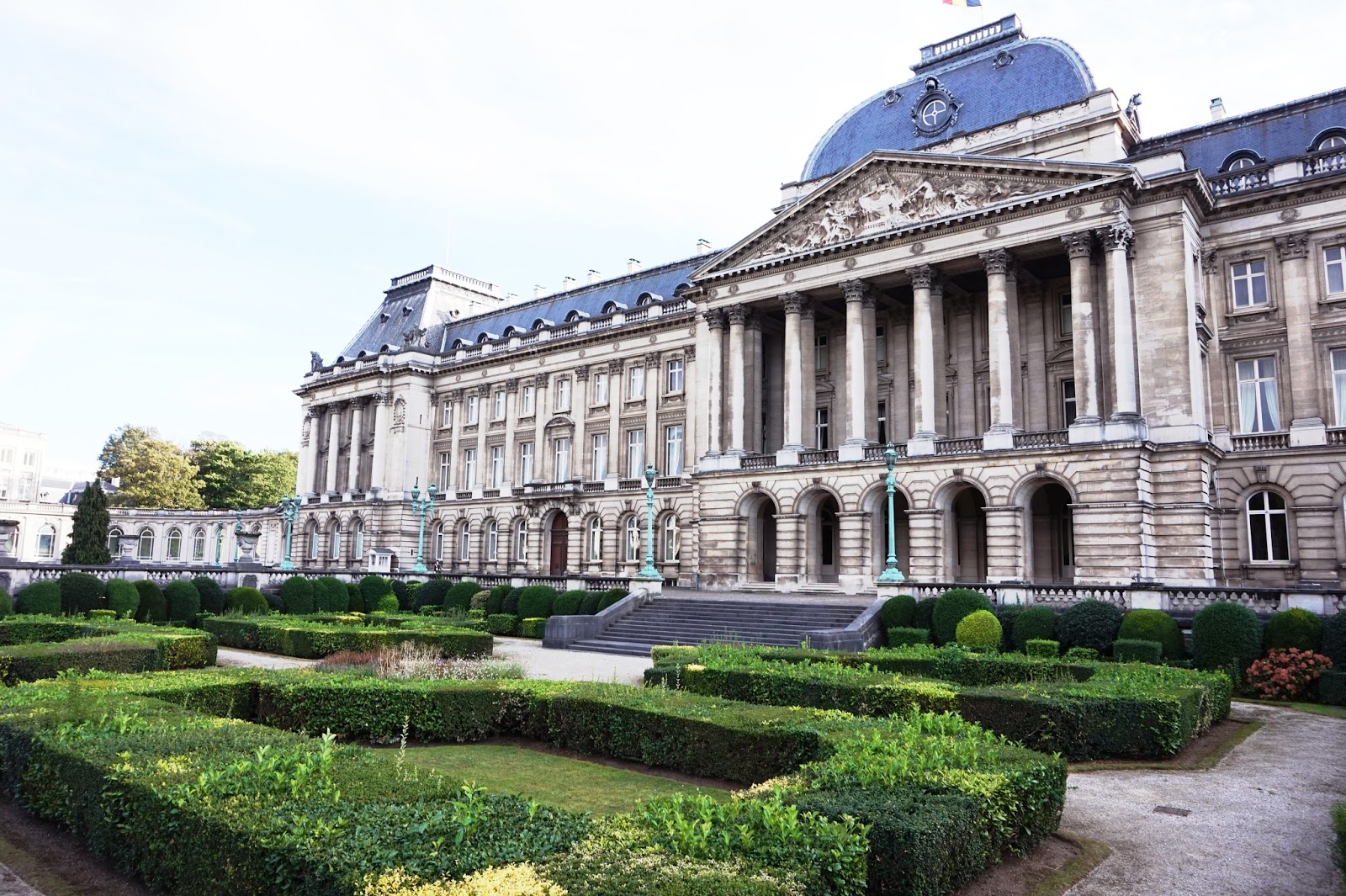 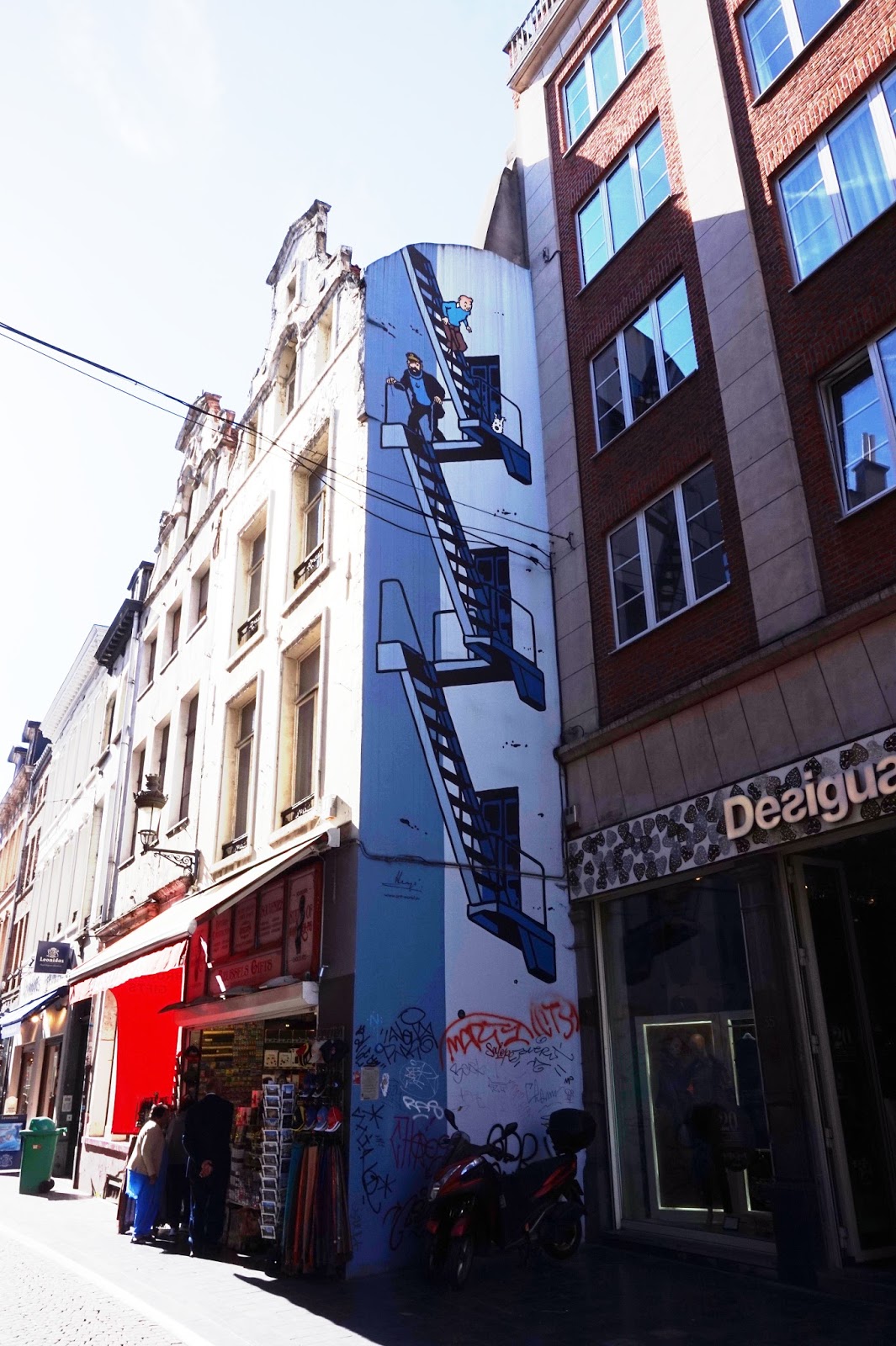 Brussels is a paradise for foodies like Ollie and I. Belgium has France as a neighbouring country, so you’ll obviously see loads of French foods here, such as croissants and moules frites. There are a few things though that you definitely have to try when visiting Brussels.

First of all, there are the waffles. You’ll find two different kinds here; the Brussels and the Liege. My favorite is the Liege version which in Denmark is known as a Belgium waffle and has a sugary crunchy coating. The Brussels one you should obviously try since you’re in Brussels. This one of more light and soft and is mostly the one that you’ll find at most waffle shops. As for where to get them, there are so many options all over the city. Especially near Grand Place there are billions of stalls selling them. We decided to go into a cute little cafe, which specialized in waffles, called Elisabeth right next to Grand Place. The waffles were a bit more expensive, but so worth it! Here you find both the Liege and Brussels version and several different delicious toppings. And they also have the best hot chocolate in the world! Just saying.

Belgium is also extremely famous for their flemish fries. Although we have some awesome fries here in the Netherlands, I gotta say that the Belgians also really know how to make their fries. Once again, you’ll find several places around time to get your fries; some better than the other. We ended up going to Café Georgette, and I must admit that they actually have the best fries I’ve ever tasted. And I’ve had my fair share!

You cannot leave Belgium without having some first-class Belgian beer! Brussels has over 400 craft beers from independent breweries, so there are loads to choose from. Even if you’re not the biggest beer fan, there’ll be something for you. In Belgium fruit beers are a big thing. Definitely try out the cherry flavored one! 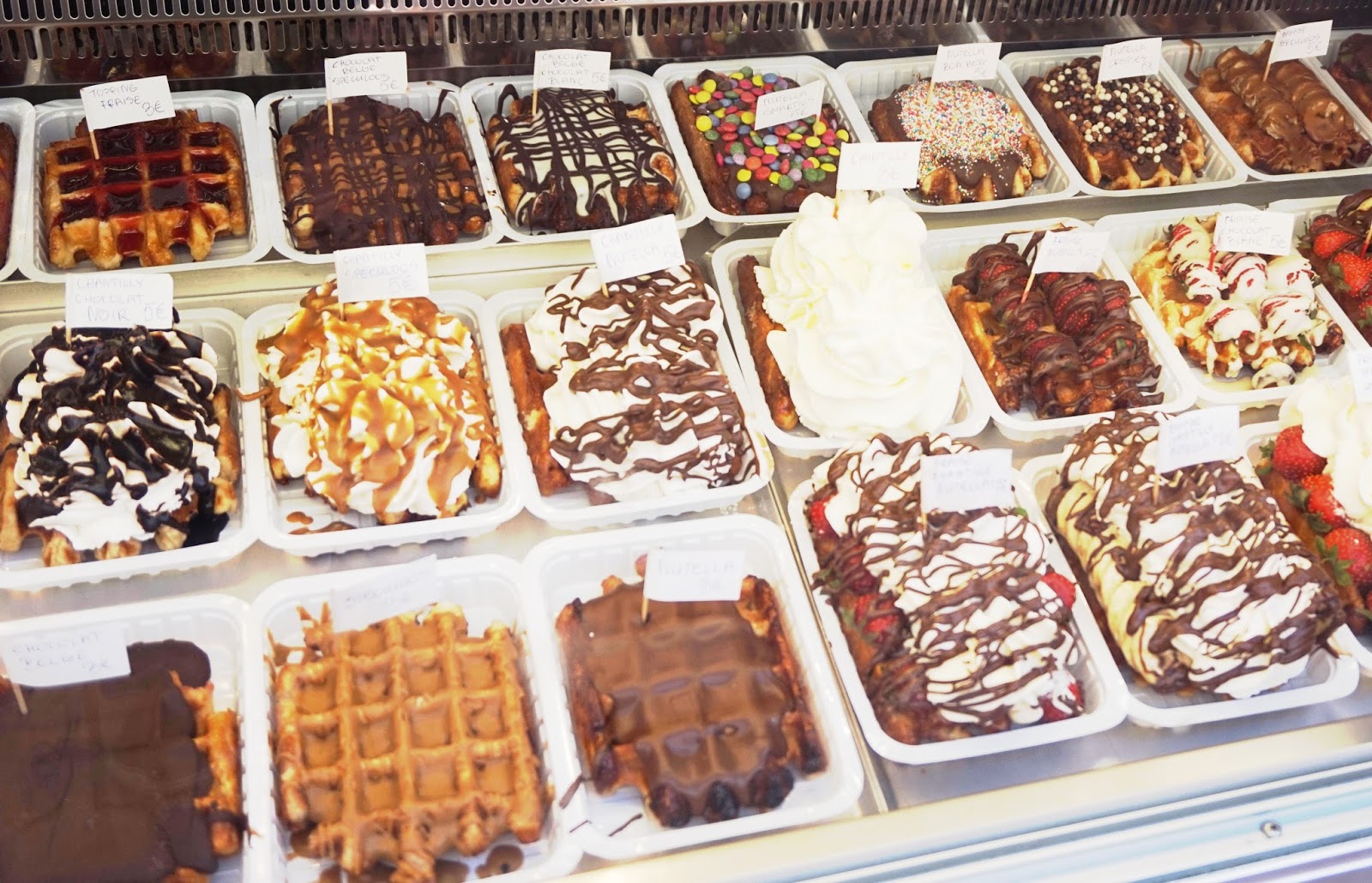 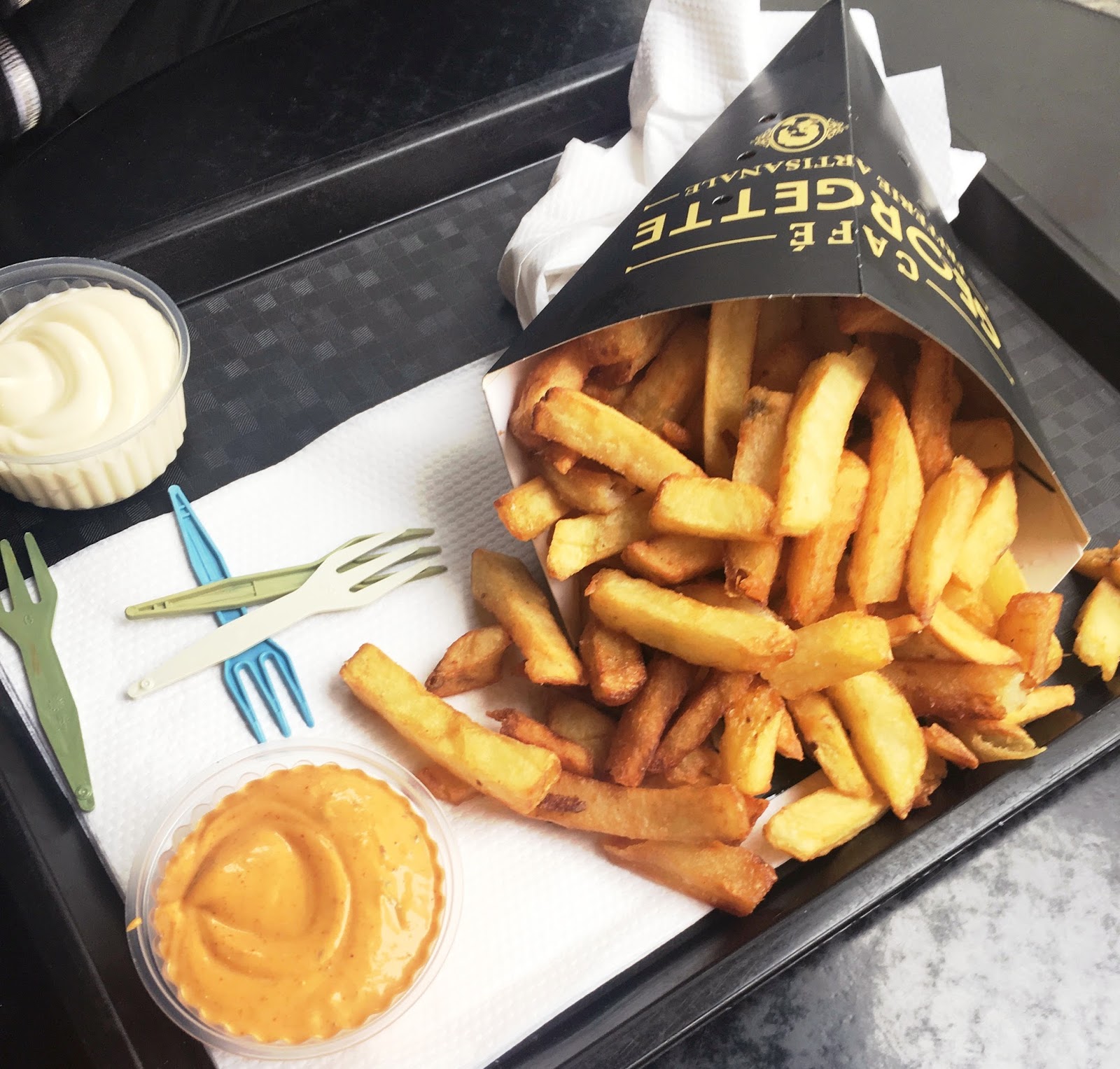 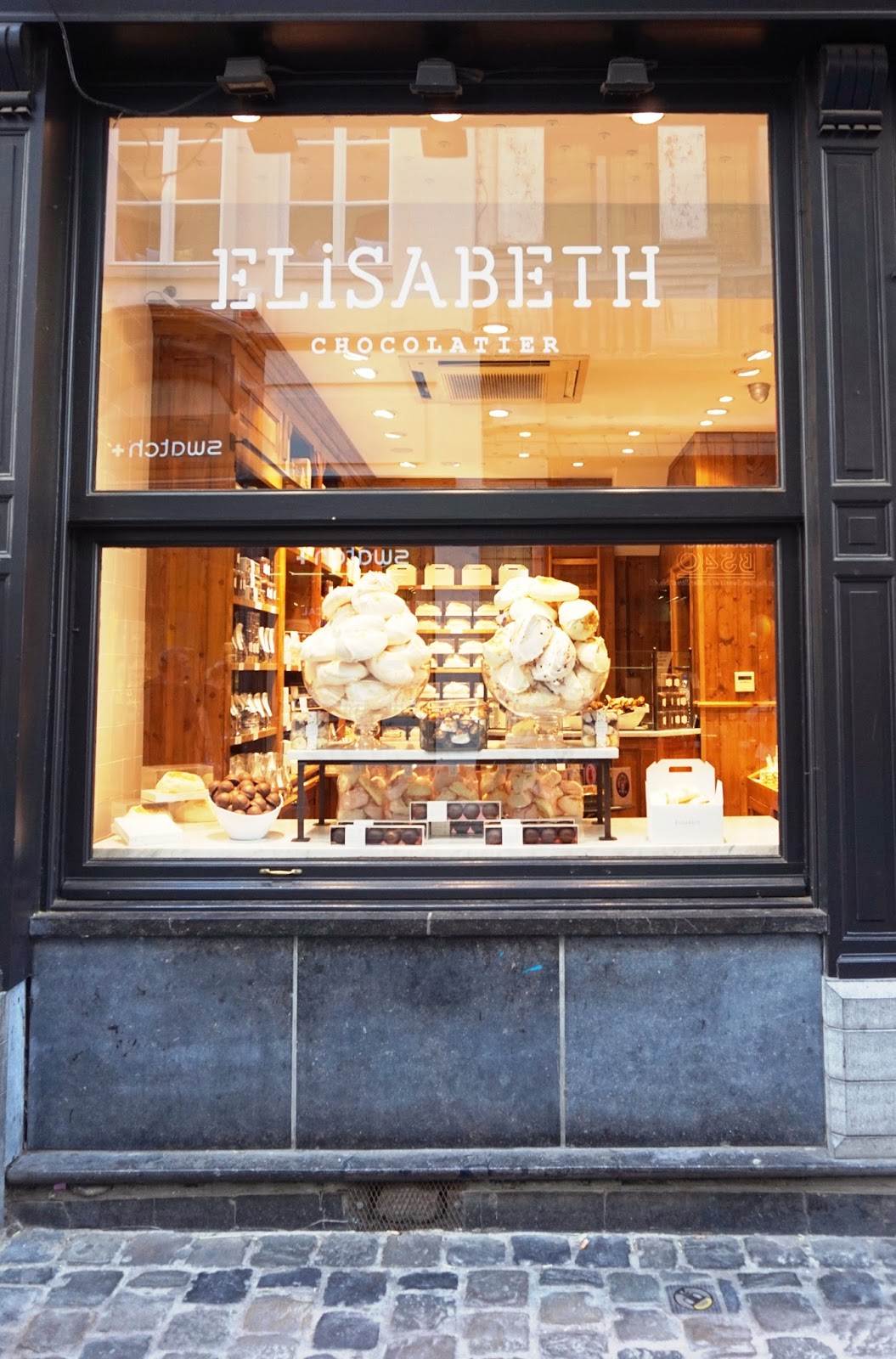 Since I had some vouchers to spend on Airbnb, we decided to book an apartment through that rather than staying at a hotel. And boy were we happy that we decided to do that! We stayed in a super cool studio only a few minutes walk from Grand Place, so that was just perfect for only one day in the city! 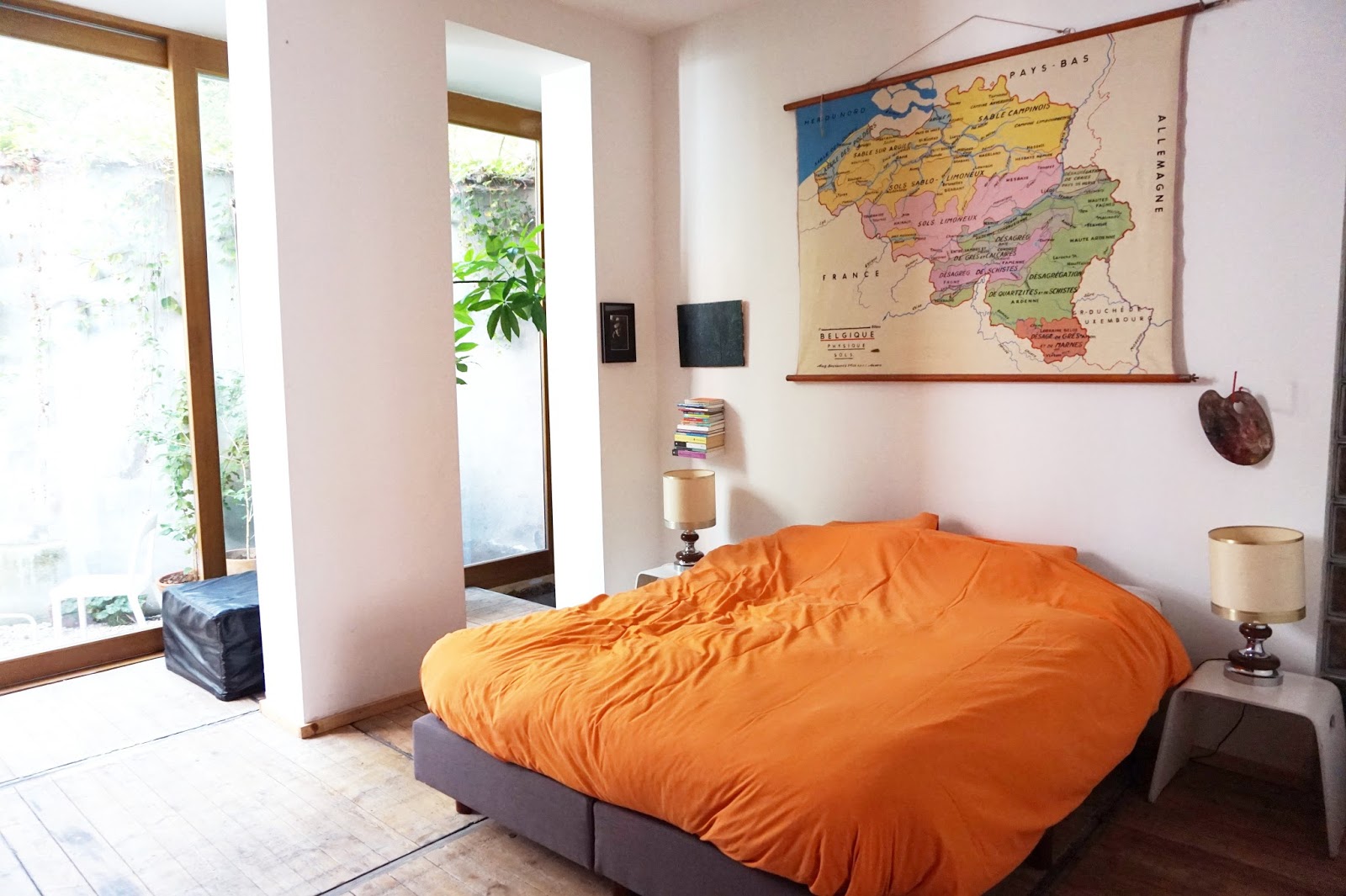 Do you have more tips for Brussels? Feel free to share them below!