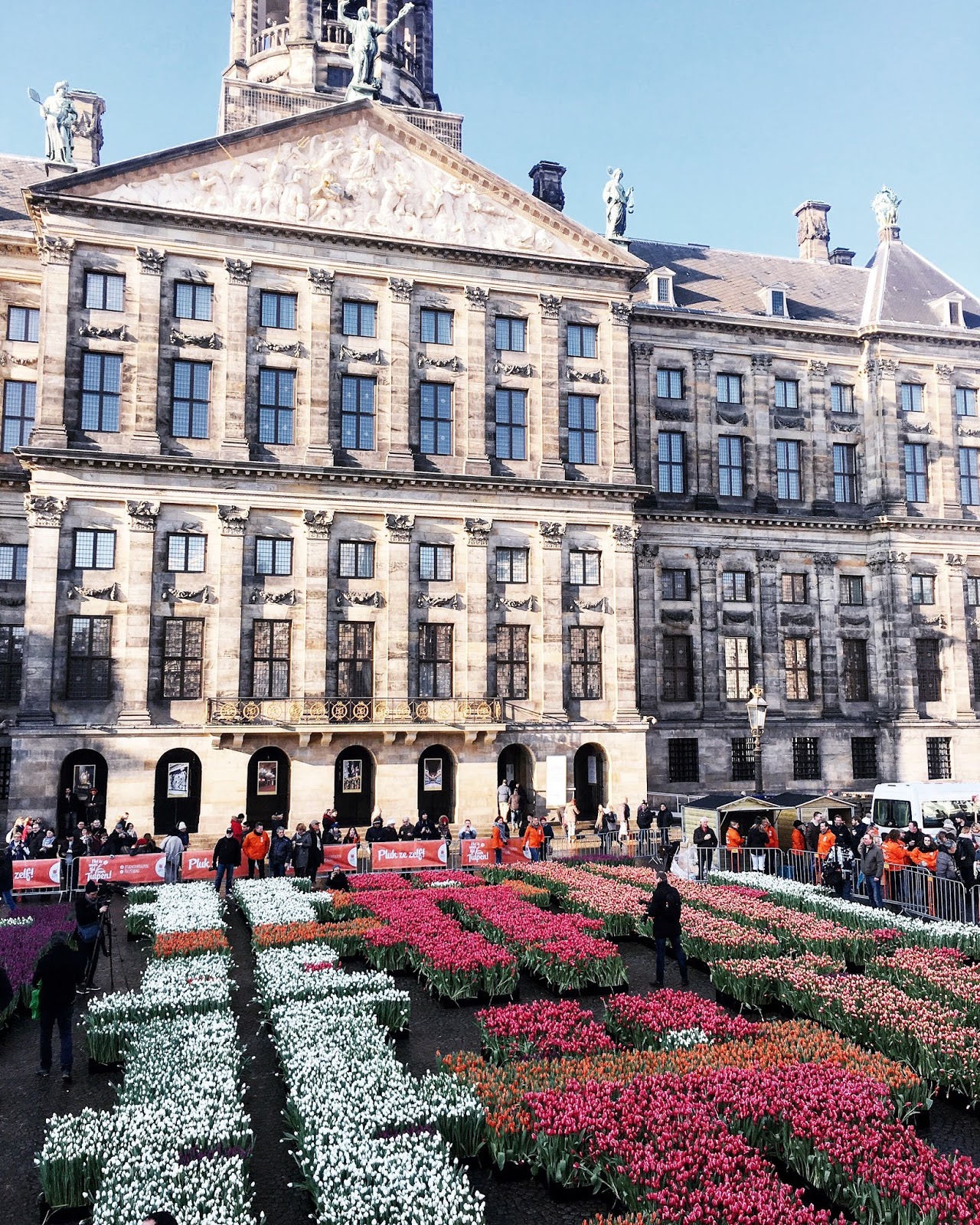 It’s February 3rd and that calls for yet another monthly roundup of my time in Amsterdam. Last month I decided to skip the roundup for the sixth month in Amsterdam, since it collided with the yearly roundups, which basically covered everything that there was to say. So here’s what I’ve been up to in month 7:

// On January 2nd I had the first day in my new position as a web editor. Although there have been so many new things to learn, I’ve loved every second of it!
// The same day Ollie started in his new job. Since we both have so much new to learn and take in, the past month has honestly not really been that exciting because we’ve both been super tired after work, and in the weekends we’ve just been trying to recharge before the beginning of a new weekend.
// A few weekends ago we celebrated National Tulip Day here in the Netherlands, which basically means that the Dam Square is completely covered in tulips, which people can come and pick for free.
// In the beginning of the month we did a trip to IKEA to pick up some new plants and frames for a bunch of posters for the apartment.
// We also spent a super cold afternoon in Vondelpark, where we enjoyed trying to find the infamous green parrots that live in the park, while the other guests were iceskating on the frozen lakes.
// The Amsterdam Light Festival was still running throughout the month of January, so a few night we decided to walk around the city to see them before they were gone.
// Month 7 was also the month that sweet Anne-Li from Gowns and Roses asked me to share my three best tips for exploring my previous home Hong Kong
// Two weeks ago Ollie and I celebrated that we’ve been dating for 3 1/2 years and that it’s been 4 years since we met back when we studied abroad in Arkansas.
// Finally, this month I’ve been trying to get more into blogging. One of the things I’ve been working on has been trying to incorporate the beauty aspect of the blog in a more natural way, so that it actually makes sense to blog about both beauty and travels. Although there hasn’t been many beauty posts up on the blog the past month, I personally think that I got some good ones coming up!

// Two weeks ago we woke up to Amsterdam totally covered in darkness. Apparently there had been a power shortage during the night in the northern part of the country, which caused a huge amount of chaos all over town. Ollie arrived to work 2 hours later because the trains weren’t running, and at my work we didn’t have any wifi until just before noon.

The top 3 posts from month 7

1. Our European bucket list
2. Five things. Gong xi fa cai
3. 15 reasons that Scandinavia should be on your bucket list

Since month has been rather uneventful because of our new jobs, our goal for month 8 is to get out and explore more. In two weeks we’ll be meeting up with Ollie’s parents in Ghent, where we will be spending the weekend exploring the beautiful city. February is also the month that I turn 25 and my parents will be here to celebrate me. My parents haven’t been in Amsterdam since September, so I’m super excited to have them back!

What are your plans for the month of February?