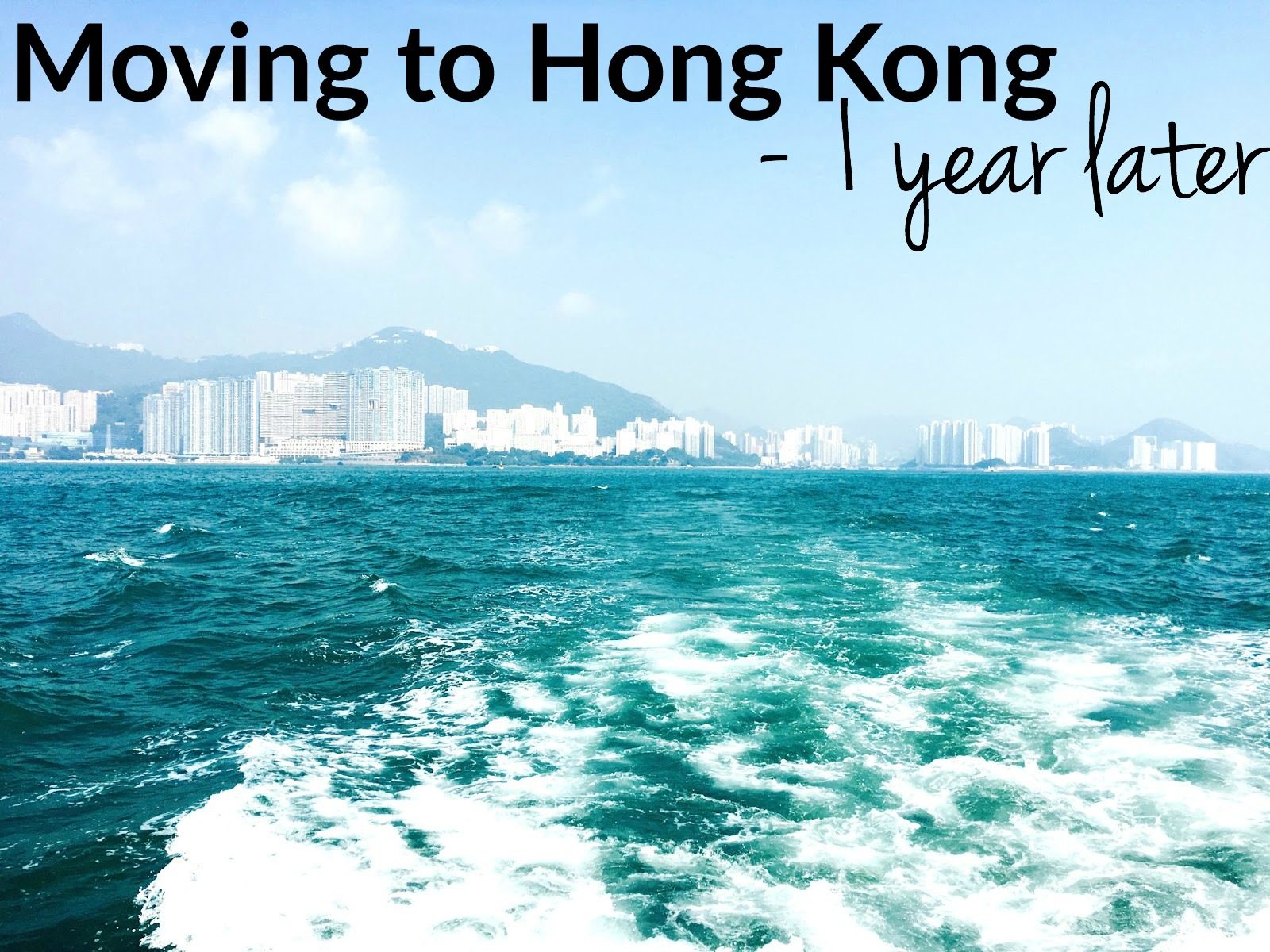 Today it’s been exactly one year since arrived in Hong Kong, a place that I would call my home for the next five months. Although loads of things have happened in that year, from being back in Denmark, graduating, landing a job in Amsterdam, and finally moving to Amsterdam with Ollie, I still thought I would take this opportunity to reflect on what without doubt has been one of the most amazing experiences in my life.

Why did I move to Hong Kong?

During my master degree I had the opportunity to do an internship for one semester. While most of my classmates chose to stay in Denmark for their internship because of them already having kids and houses to take care of, I wasn’t stuck in Denmark in that sense. I did have my family and friends that I would leave behind, but they would obviously still be there after five months abroad. I didn’t have an apartment as I had just moved back in with my parents, and Olivier would be in France anyways, so it wouldn’t really make that much of a difference if I was in Denmark or in Hong Kong.

The choice of Hong Kong as a destination was based on several factors.
Although I would love to live in the States again, I also wanted to experience living in other places around the world. During my bachelor degree I spent one year only studying Chinese language, writing, culture, and society, and apart from one trip to China for summer school, I hadn’t been able to make use of anything that I’d learned during that one year. Because of this it only seemed natural that I would spend a few months in China. Unfortunately the past few years, it has become more difficult, if not impossible, to get a visa for doing internships for more than a few weeks in China. That means that I had to opt for the next best option; Hong Kong!
Although locals would argue that Hong Kong is not China, it was still enough for me to be able to experience some of the Chinese culture, and to some extent, language that I had been studying for one year. On top of that, Hong Kong is the best place to be if you wanna take a trip or two to the mainland.

Finally, it was quite an awesome opportunity to experience living in a city, which I might never be able to afford living in if it wasn’t because my school took care of the living expenses. 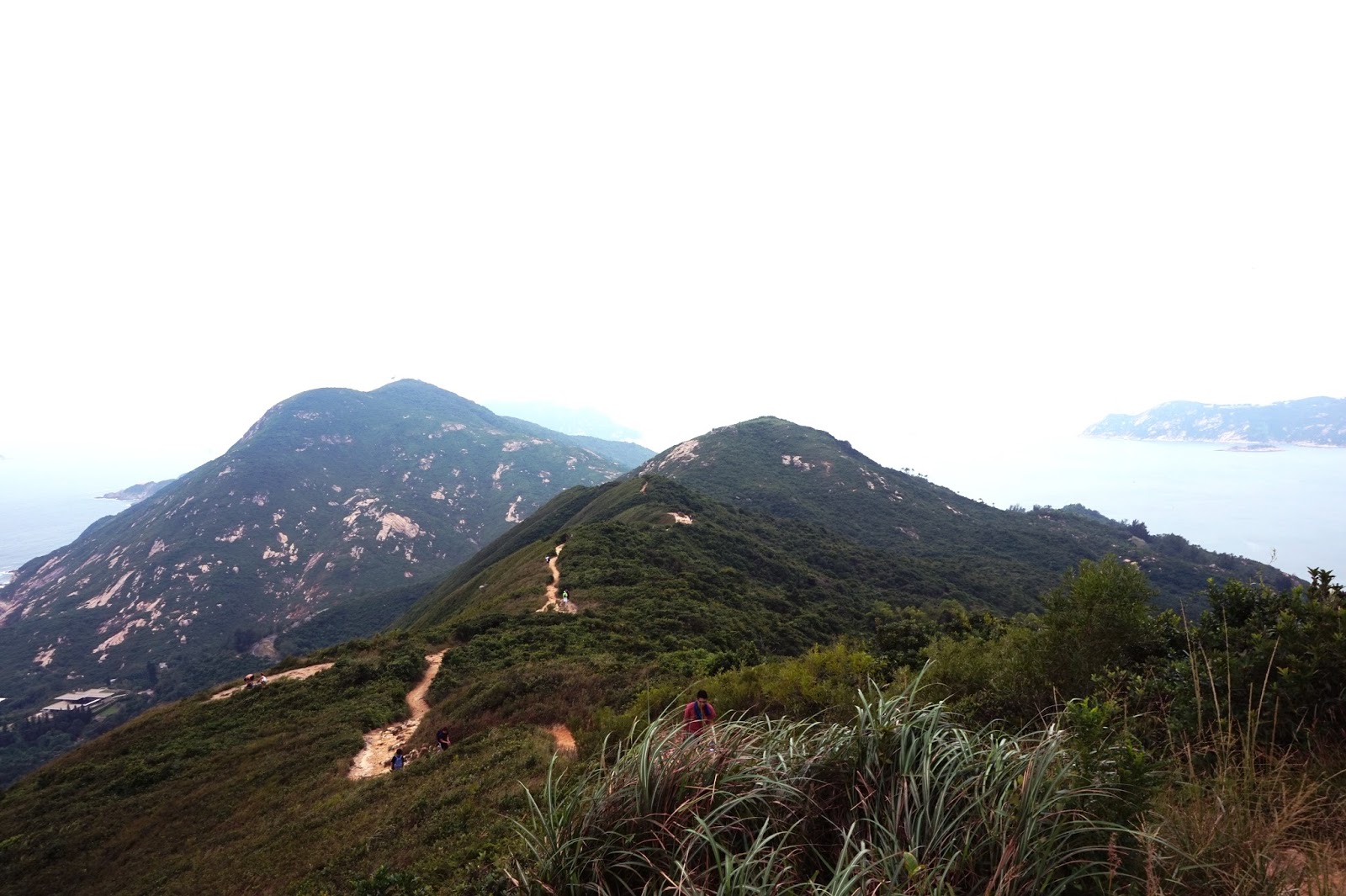 I spent the first week in Hong Kong as a tourist, as it was the end destination of mine and Ollie’s trip through China. Honestly, my first impression of Hong Kong wasn’t the best. I feel like being a tourist, especially a backpacker, is quite tough in a business metropol like Hong Kong. However, this feeling of being unwelcome and stuck in the swarms of business people quickly vanished as soon as I wasn’t a tourist no more but actually lived there.

Hong Kongers are very proud people. Having only been taught about Hong Kong from the perspective of the Chinese it was honestly rather shocking how much Hong Kong is different from the mainland. First of all, I quickly realized that although most people claim that Hong Kongers know Mandarin, this is not the case. So while I was hoping that I somehow was gonna be able to practice my Mandarin, this definitely wasn’t the case, and apart from during our trip in China and having to talk to some mainland postmen, I never spoke a word Mandarin.

I also quickly realized that visiting the mainland with my local friends was not gonna happen. Simply because Hong Kongers take so much pride in being independent. Luckily, I was also surprised by how much there actually is to do in Hong Kong, apart from all the classic touristy things on the Island and Kowloon, and some weekends I would actually spend up to six hours travelling up to the New Territories near the border to China, to explore an entirely different culture and atmosphere that you’ll experience in the tourist areas. Turned out that Hong Kong is a whole lot bigger and more diverse that I had ever imagined! 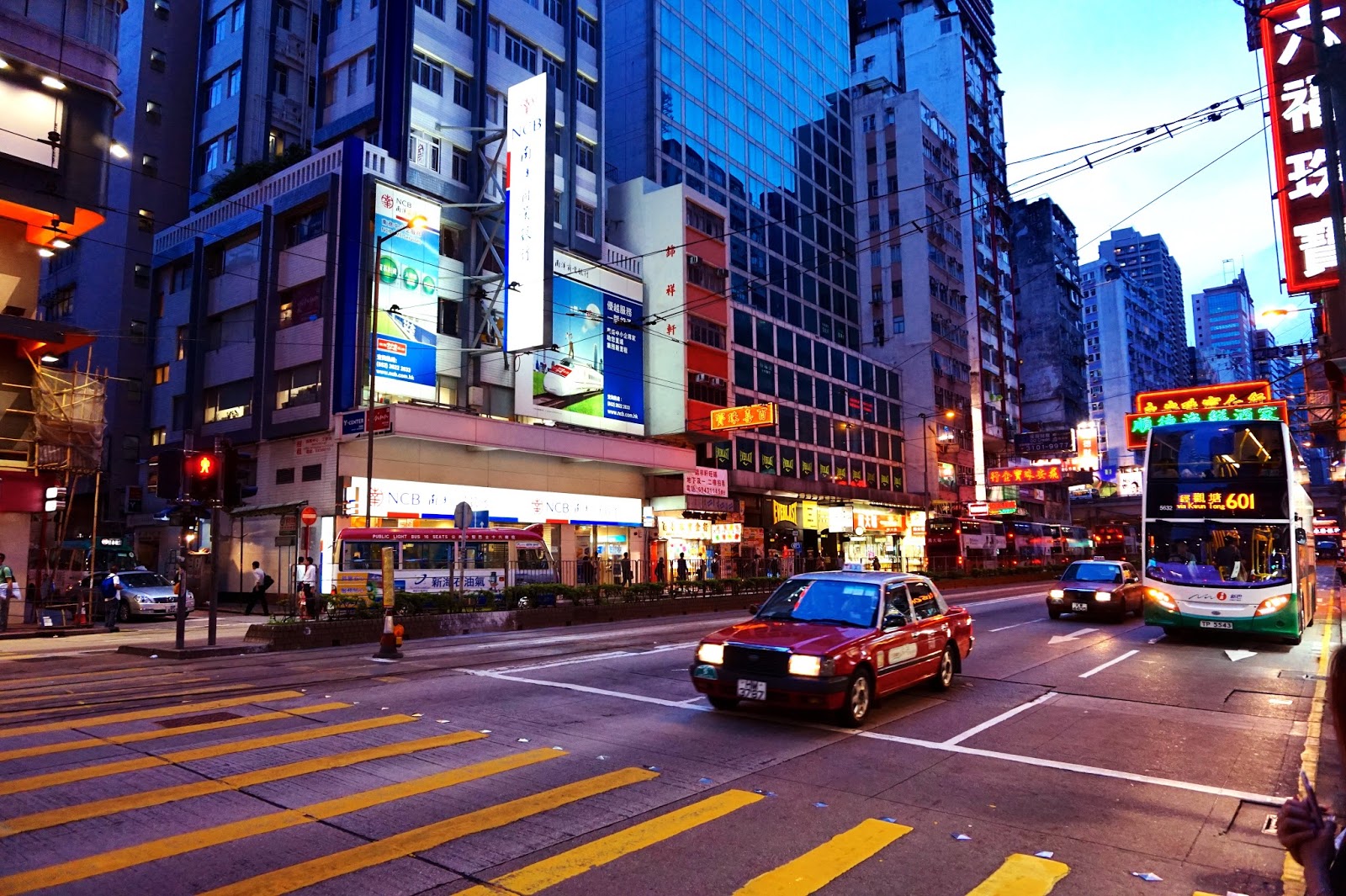 First of all, the main reason for me being in Hong Kong was to gain some practical experience during my internship. Since I was accepted to intern for a tiny environmental NGO, I ended up working independently on the company’s website, social media platforms, marketing, event planning, and basically anything in-between. Without doubt the best place I could have ended up interning!

Although I didn’t end up visiting the mainland during my time in Hong Kong, I did manage to do a two-week roundtrip with Olivier in the country before arriving in Hong Kong. As of today, this still is one of the most amazing trips I’ve been on in my life, and it definitely has encouraged me (and Ollie) to look into doing a whole lot more travelling in the future.

Finally, my claustrophobia was seriously challenged every single minute of the day of living in the city, from literally being carried by the crowds into the MTR every morning and afternoon, to fighting with the locals to get the best table for lunch, and walking through the maze of business people on my way to the office in the morning. When I first arrived I definitely didn’t think I would be able to handle the crowds, but eventually it became a part of my everyday, and I learned to just block it out – actually so much that when I visited New York earlier this year it almost felt empty compared to Hong Kong, while my friend was having some serious issues with the hoards of tourists everywhere. 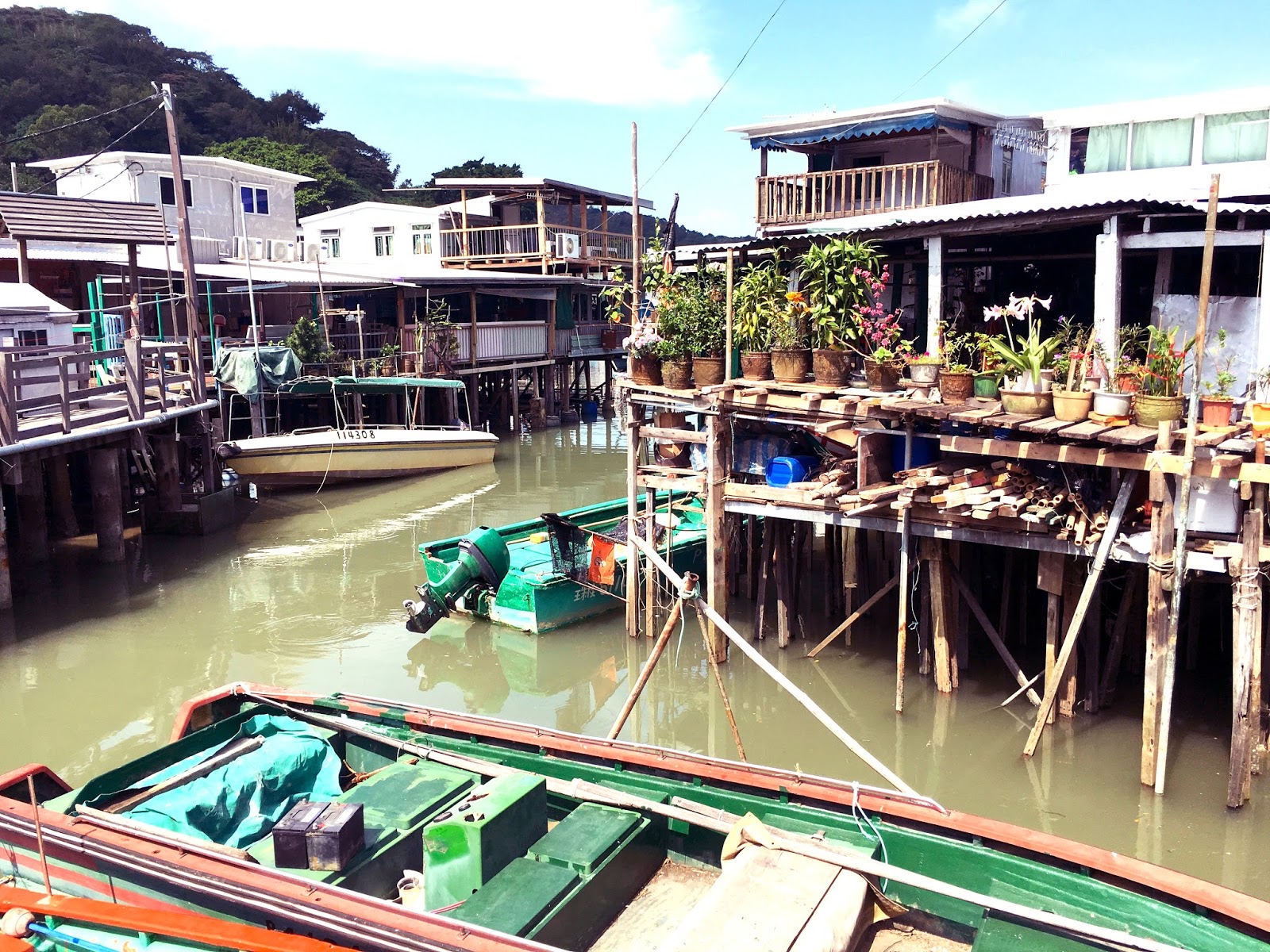 First of all, if you ever get the opportunity to live abroad, or in Hong Kong, for a while do it! Chances are that you definitely won’t regret it.
As for recommendations on living in Hong Kong, I actually only have one, and that is to not wait for the adventures to come to you, but instead go look for them yourself. I suppose this might be the case for most places, but in Hong Kong in particular you won’t experience anything, if you don’t take action yourself. The issue with Hong Kong is that most people in public tend to be very shy and living inside their own little bubble, so whenever you leave your house you’ll find it rather difficult to interact with the locals or other expats. This doesn’t necessarily mean that you’ll have to go explore the territory yourself. During my time in Hong Kong I found that Meetup was the absolute best place to find new friends to go on adventures with. Whether you’re into soccer, pub crawls, hiking, canoeing, snorkeling, or museums, you’ll find a meetup group that perfectly fits you. Although I only joined a few meetups during my time in Hong Kong, it was honestly one of the best decisions I made during those five months, as I got to meet likeminded people, who were just as interested as me in exploring Hong Kong off the beaten path, and they definitely ended up making my Hong Kong experience one I’ll never forget.
As for things you should do while in Hong Kong, you can read all about this in my ultimate guide to Hong Kong.

Do you guys have any experience with living abroad? Feel free to share your stories and recommendations below!