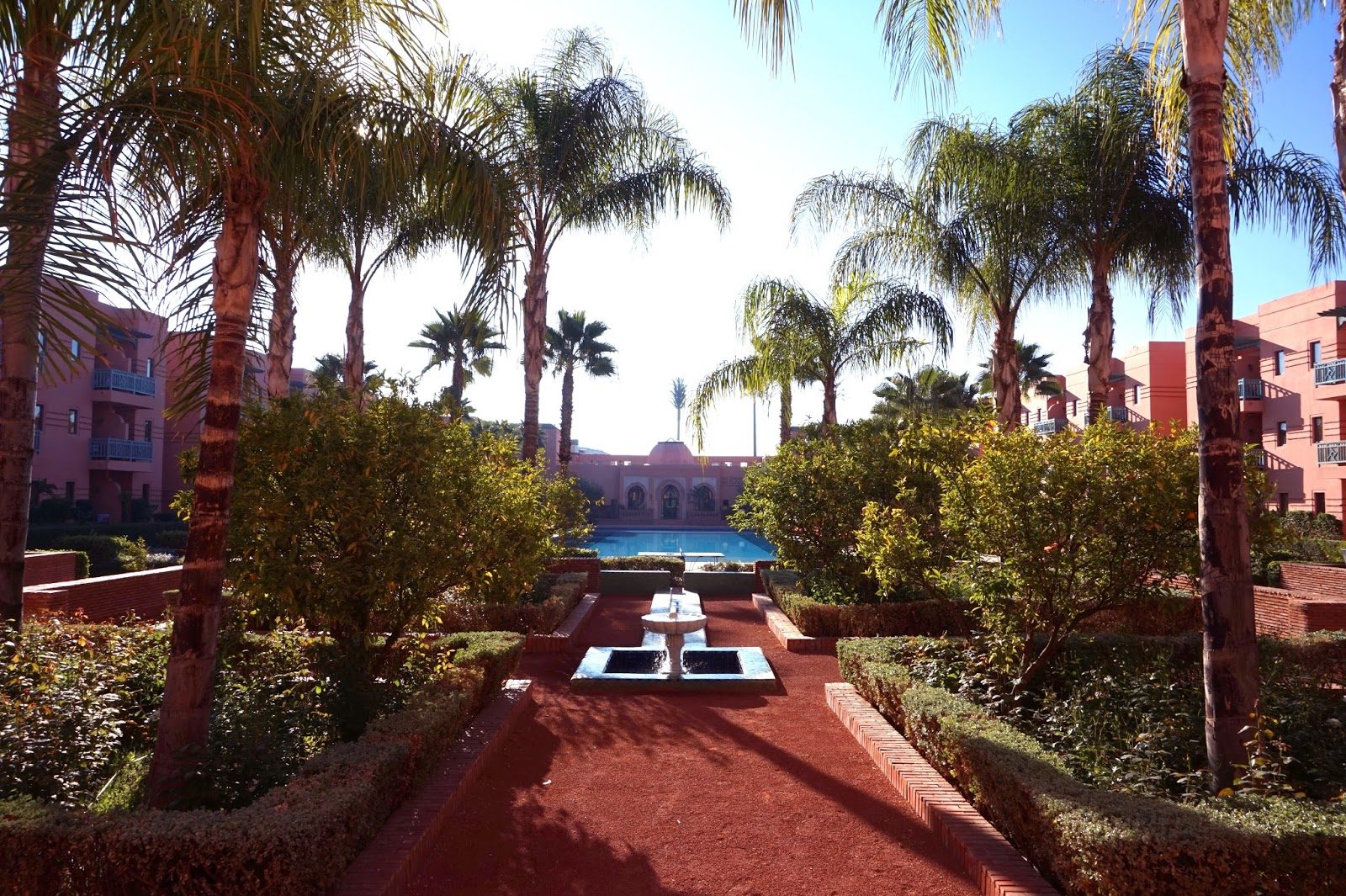 I was invited to Morocco by the Moroccan National Tourism Office
Last week I shared the first post of our Morocco trip and our experiences in the coastal city of Essaouira. This Monday calls for part two about our days in the colorful city of Marrakesh.
After our first full day in Morocco, which was spent at the coast in Essaouira, we headed back to Marrakesh where we would spend our last days in Morocco. After a long drive, we arrived at our hotel Jardins De L’Agdal & Spa in the beginning of the evening. Since we all were rather tired after the drive and a whole day of taking in all the experiences we’d had in Essaouira, we decided to just stick to having dinner at the hotel and then head to bed and gain some energy for the following day.
The next day we had a very busy schedule in order to see as much as possible in only one day. The morning started at Bahia Palace, a massive palace and gardens set up in the 19th century by Si Moussa, grand vizier of the sultan. Bearing the name of one of his wives, the name means “brilliance” – and it truly was. When entering each and every one of the rooms of the palace, the whole group were in awe. There had definitely be paid attention to every single detail, and it showed. Wood carvings, mosaics, calligraphy, and beautiful colors painted with the colors of safran, mint, and poppy flowers. We were quite lucky that we decided to head here early in the morning. While we walked through the palace almost alone, but we were met by hoards of tourists as soon as we decided to exit.
After a few stops, where we got the chance to buy beautiful carpets or stock up on Moroccan mint tea, spices, argan oil, or natural cosmetics at a local pharmacy, it was time for lunch. Restaurant Ksar Al Hamra truly was a hidden gem – literally! In order to get through the restaurant, we had to walk through a maze of ghettolike streets, and we honestly thought our guide was joking when he followed us to an old gate inside an abandoned alley. Before entering, he told us that we must never judge the building from how it looks outside – you’ll never know what you’ll find inside. And oh, was he right! Behind the gates, we were met by the most beautiful courtyard, with colorful tiles, a drissling fountain, and greenery everywhere. The food was even better. Having eaten fish ever since we arrived in Morocco, we were all extremely excited to finally try out what we perceive as classic Moroccan cuisine – several small dishes consisting of colorful veggies, spices, and of course loads of legumes.
After lunch, we dropped of a few of the girls of our group at the hotel as they wanted to enjoy the last few hours of the day at the pool. The rest of us went back to explore more of Marrakesh. The first stop was the souk, and Marrakesh is the home for the biggest of its kind. We spend a good hour or two walking through the maze like streets of the old medina, taking in all the culture that is so different to that in Denmark. The souk is hectic, chaotic if you will, and people will try to draw your attention to their stall wherever you walk. If you do fancy something, you must be prepared to haggle – our guide easily managed to help some of us pay only 1/5 of the start price. And he probably could’ve done it even cheaper if needed. I definitely wish we’d had more time to do some more shopping here – so much beautiful ceramics, clothes, and quirky souvenirs.
But we had to head out before the sun set in order to visit Jardins Majorelle, a paradise for any cactus lover. The garden and house was originally created by the painter Jacques Majorelle, but is probably most famous for being the place where Yves Saint Laurent’s ashes were scattered, why you’ll also find a memorial for him in the garden.
The day ended at Djemaa El-Fna, which is the main square of Marrakesh. The only word that can explain this place is crazy! Djemaa El-Fna is a huge square of food stalls, acrobats, souvenirs, snake charmers. You name it. We took a quick tour of the square, before returning to our van in which took us back to the hotel for our last dinner with the group. 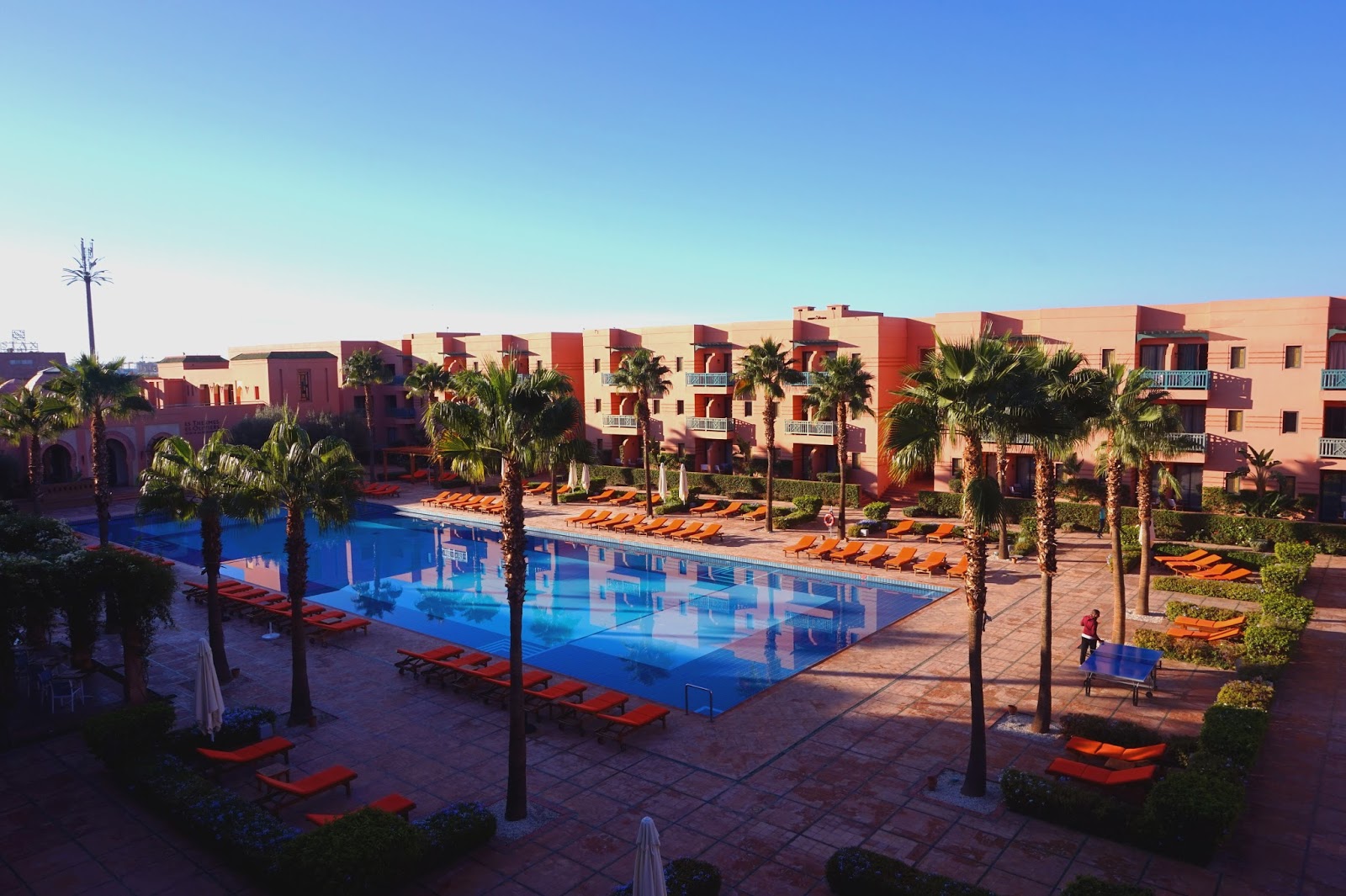 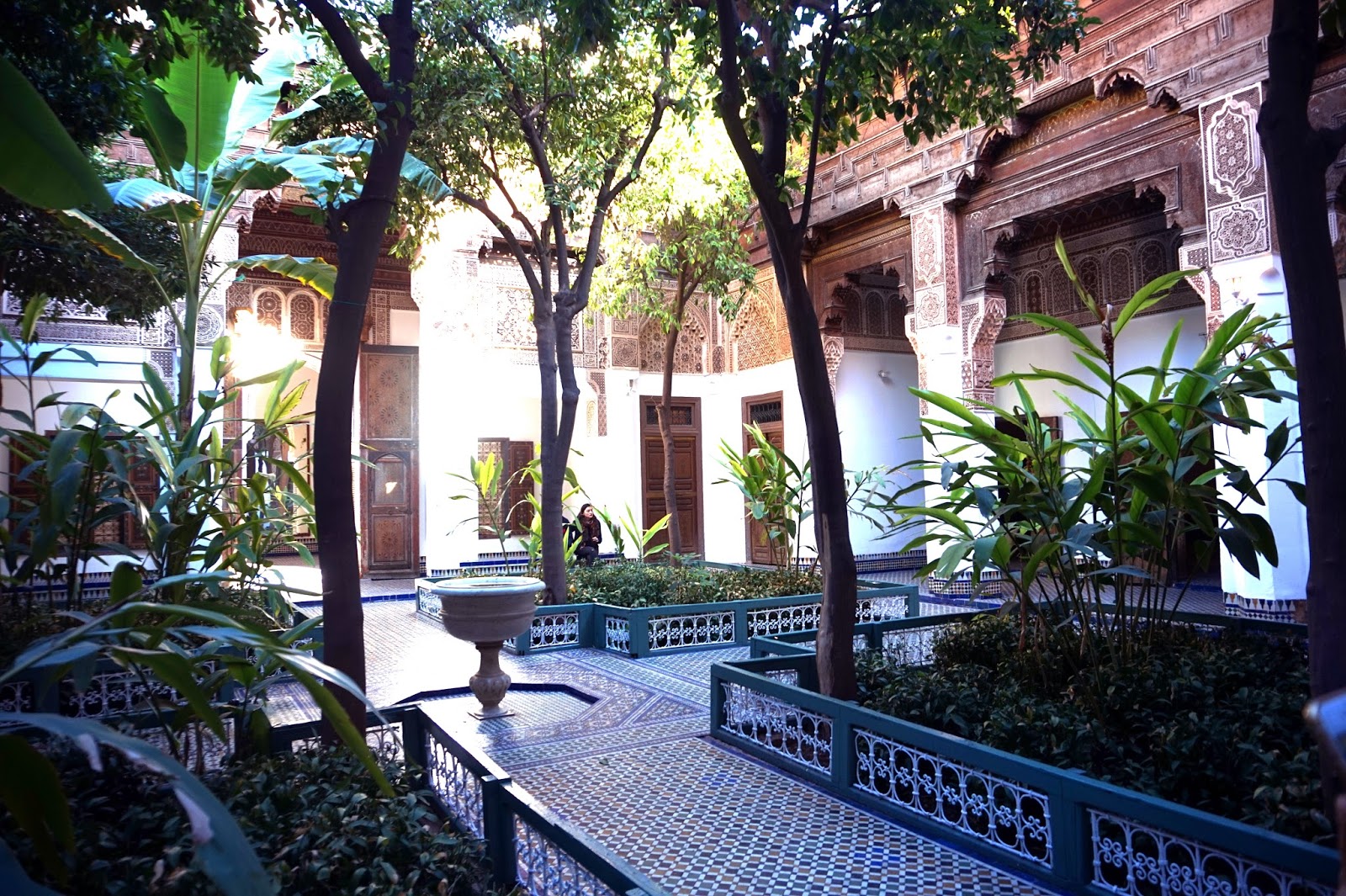 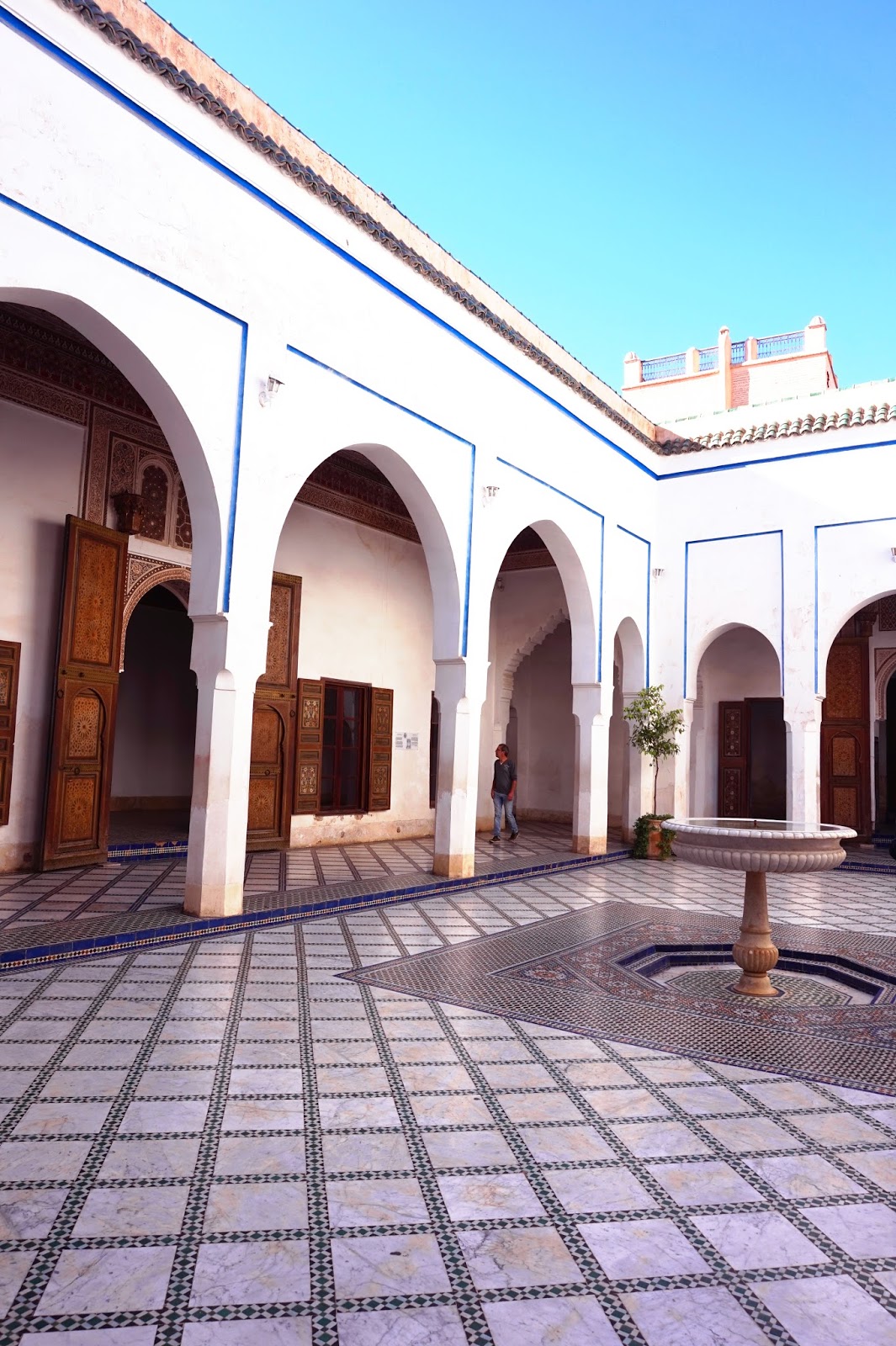 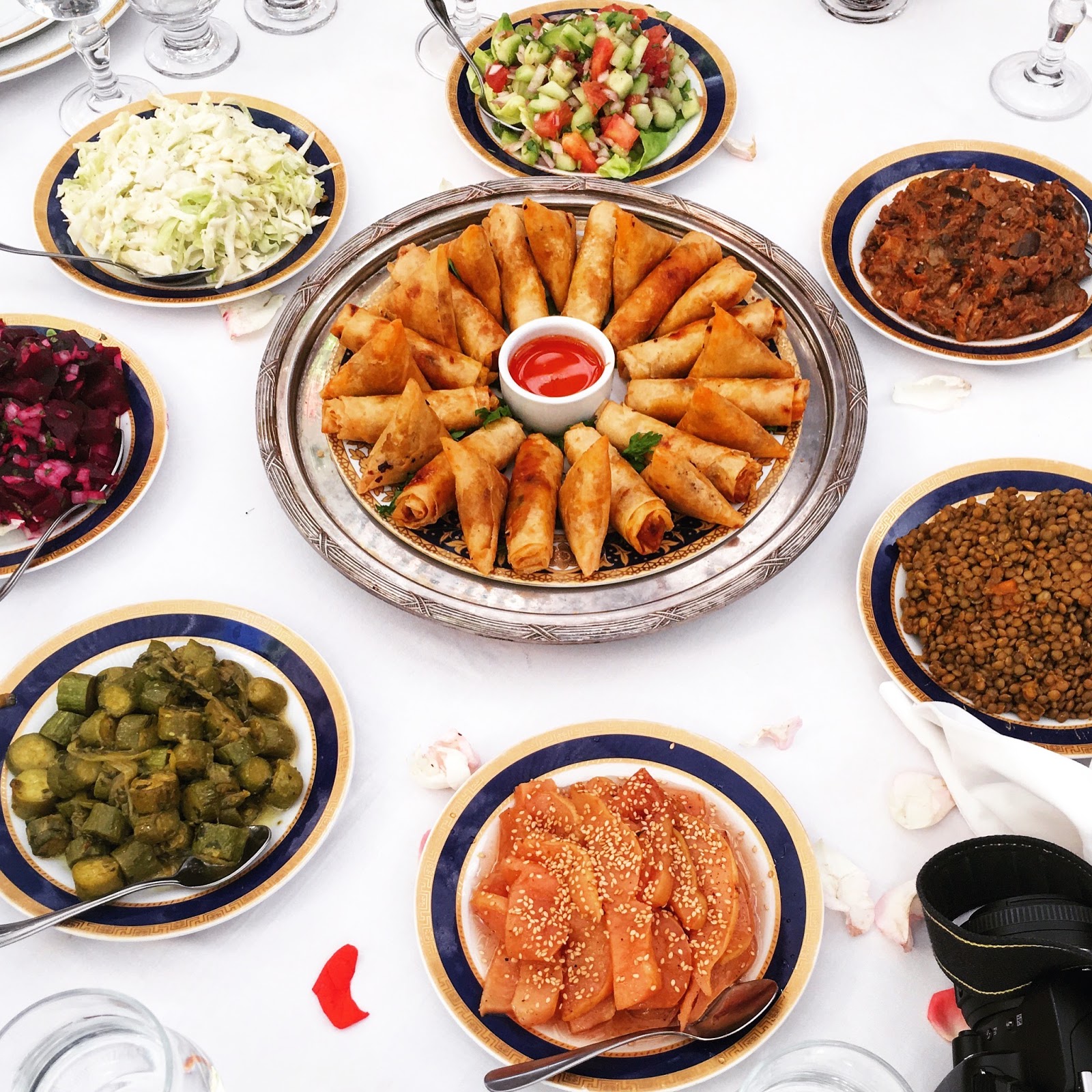 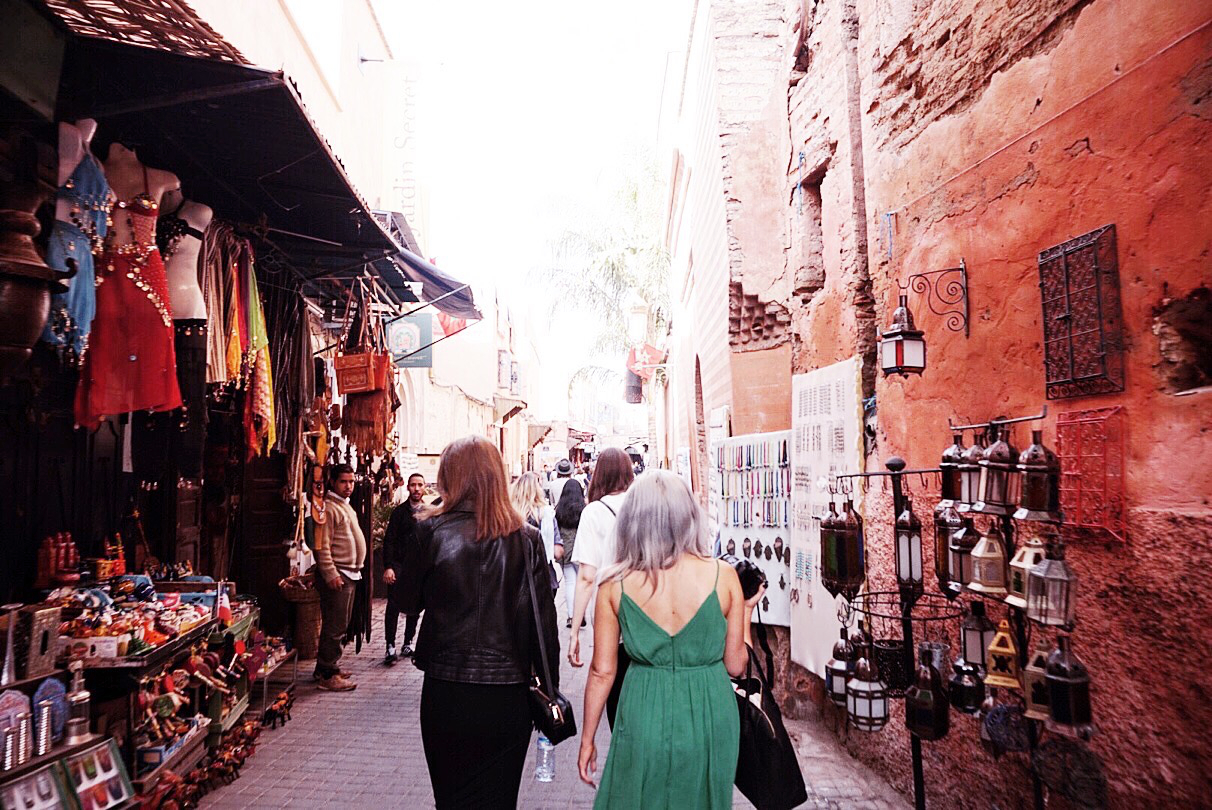 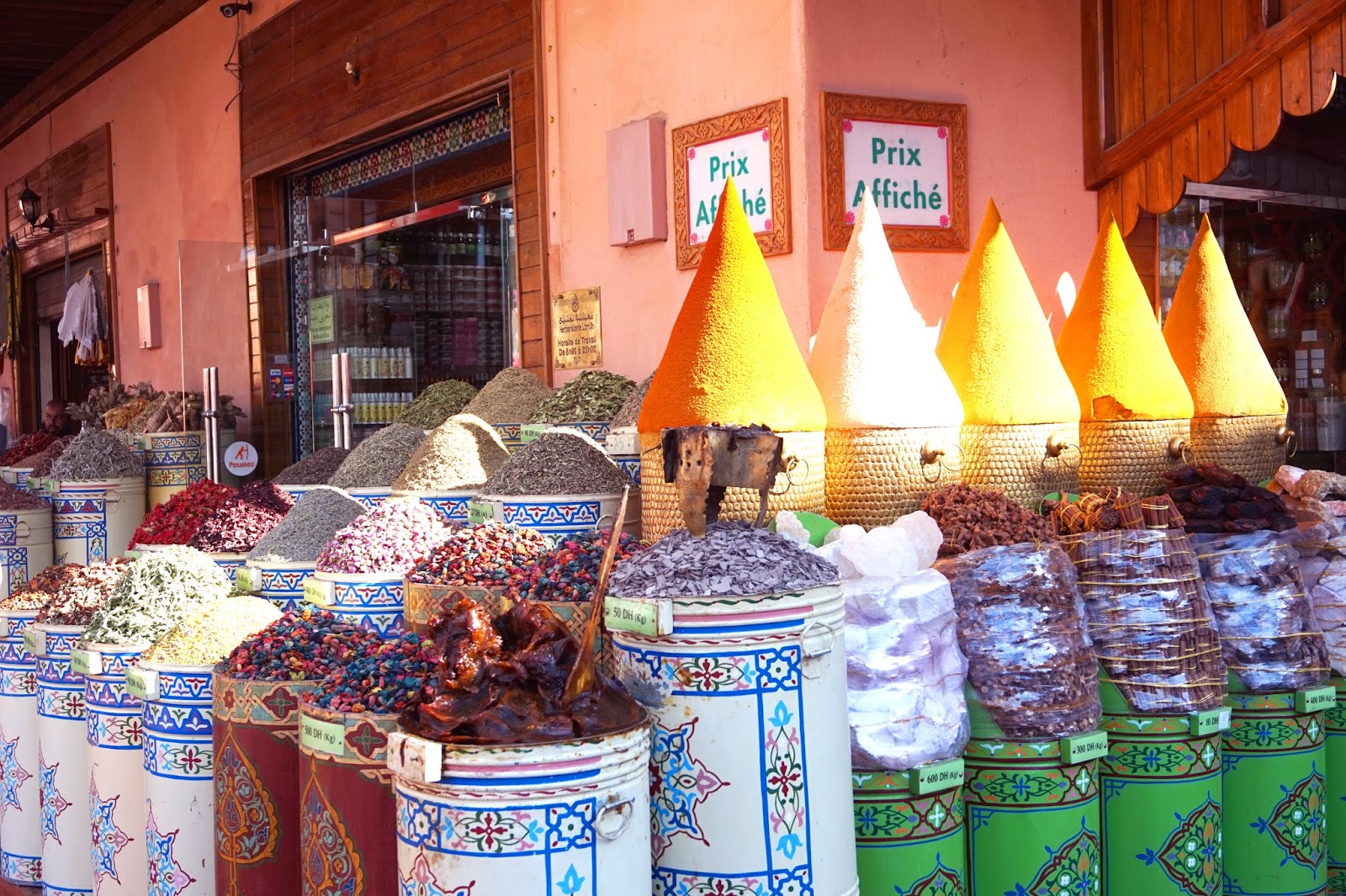 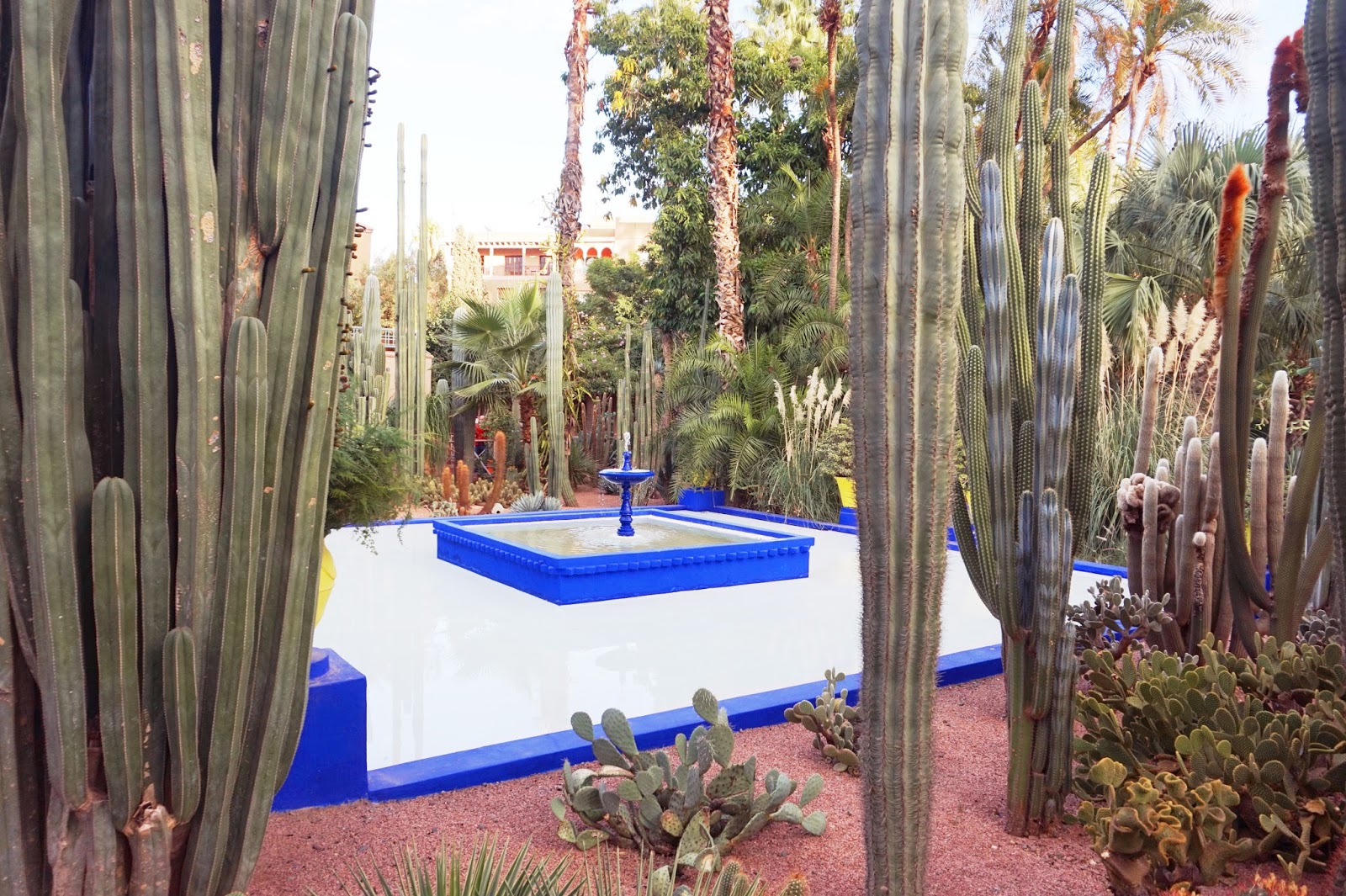 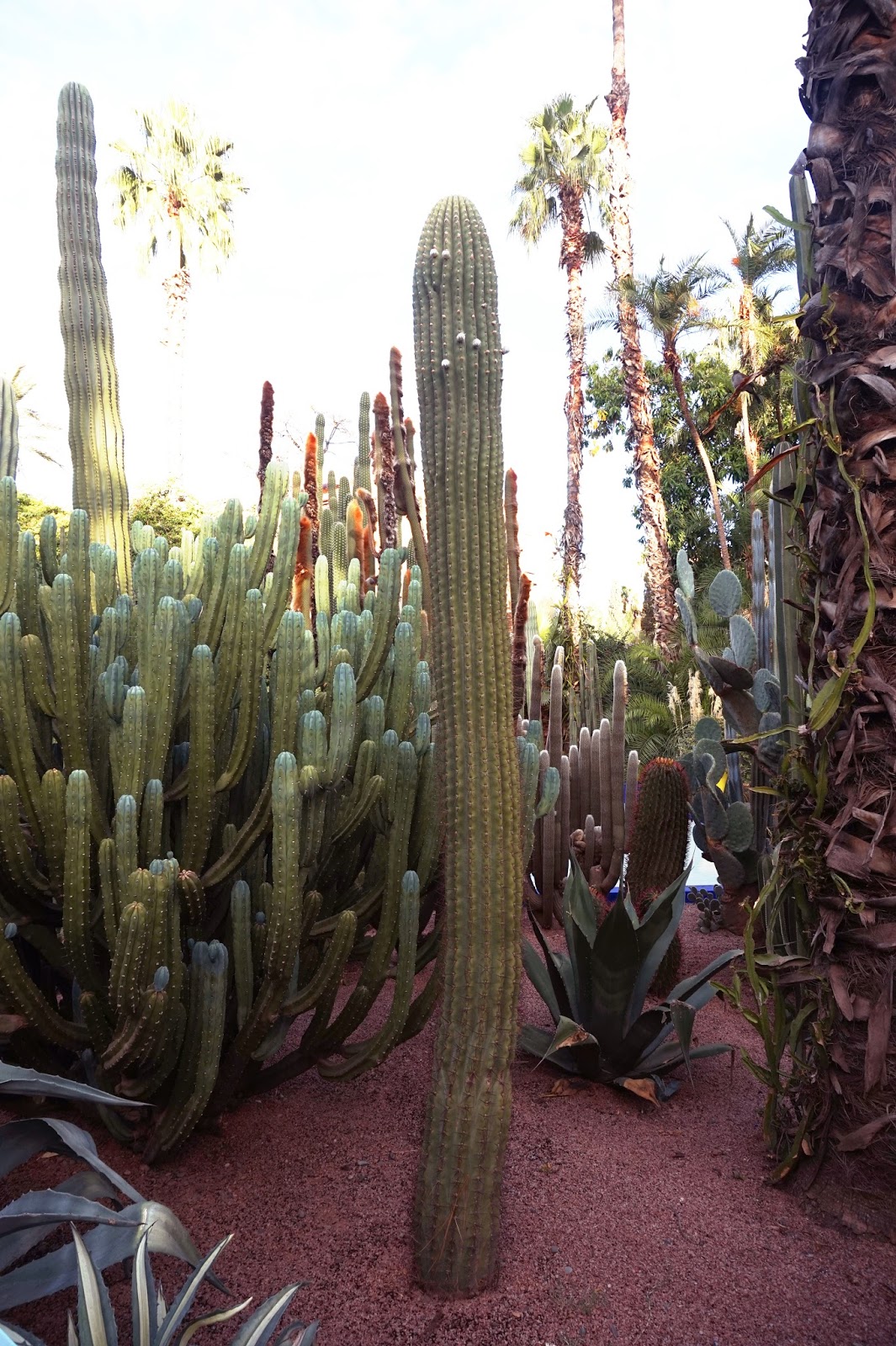 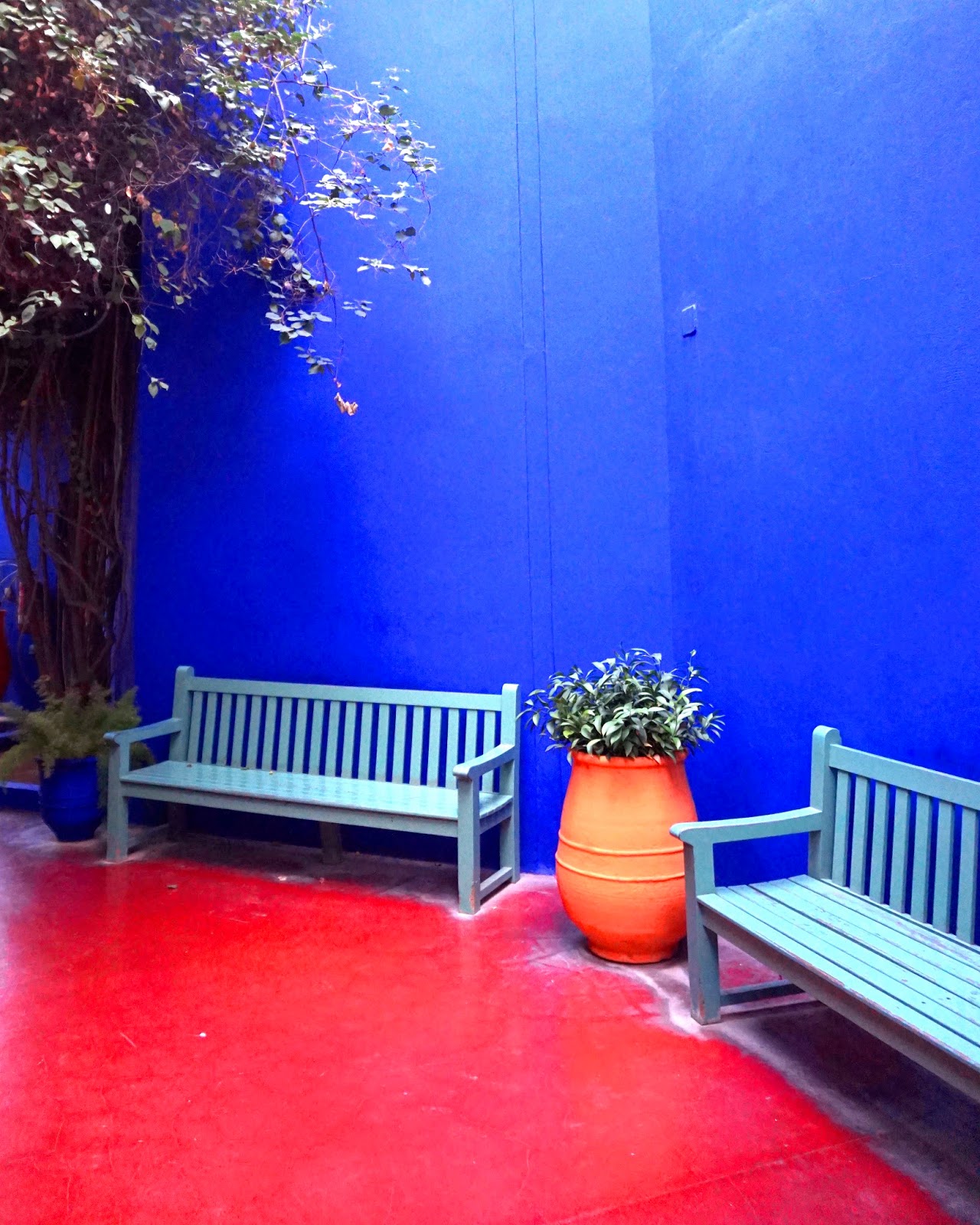 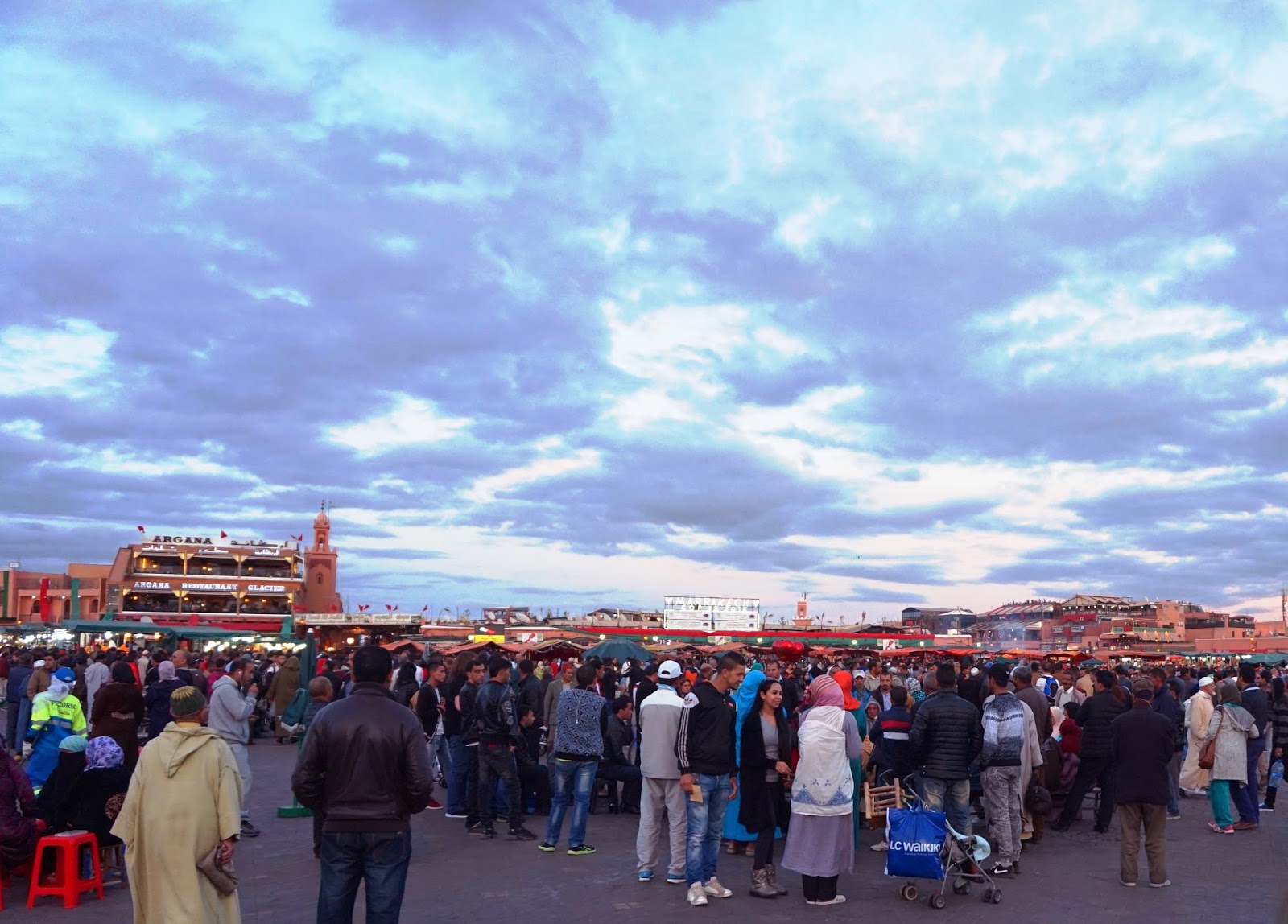 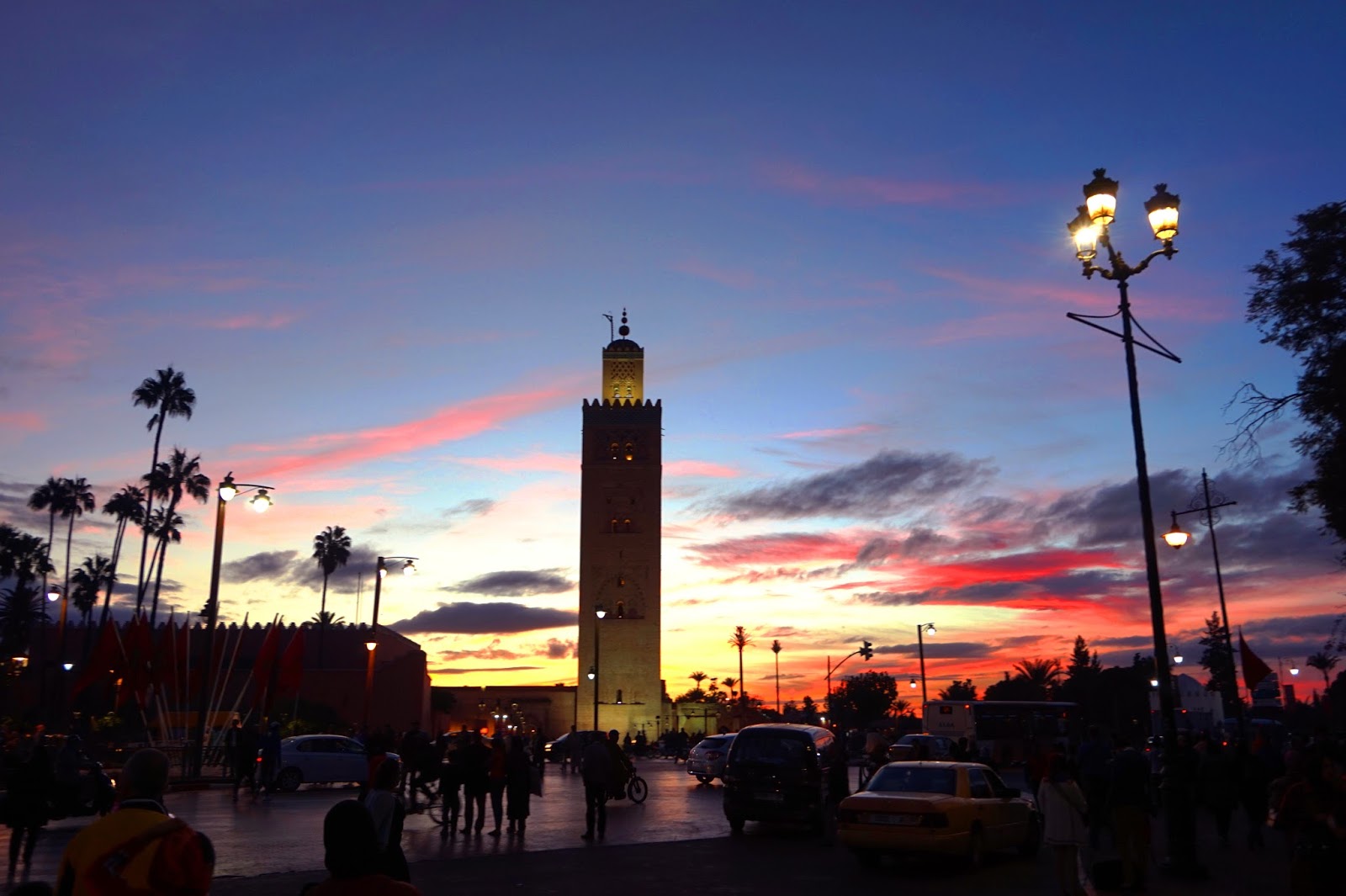 Have any of you been to Marrakesh before? What was your experience?