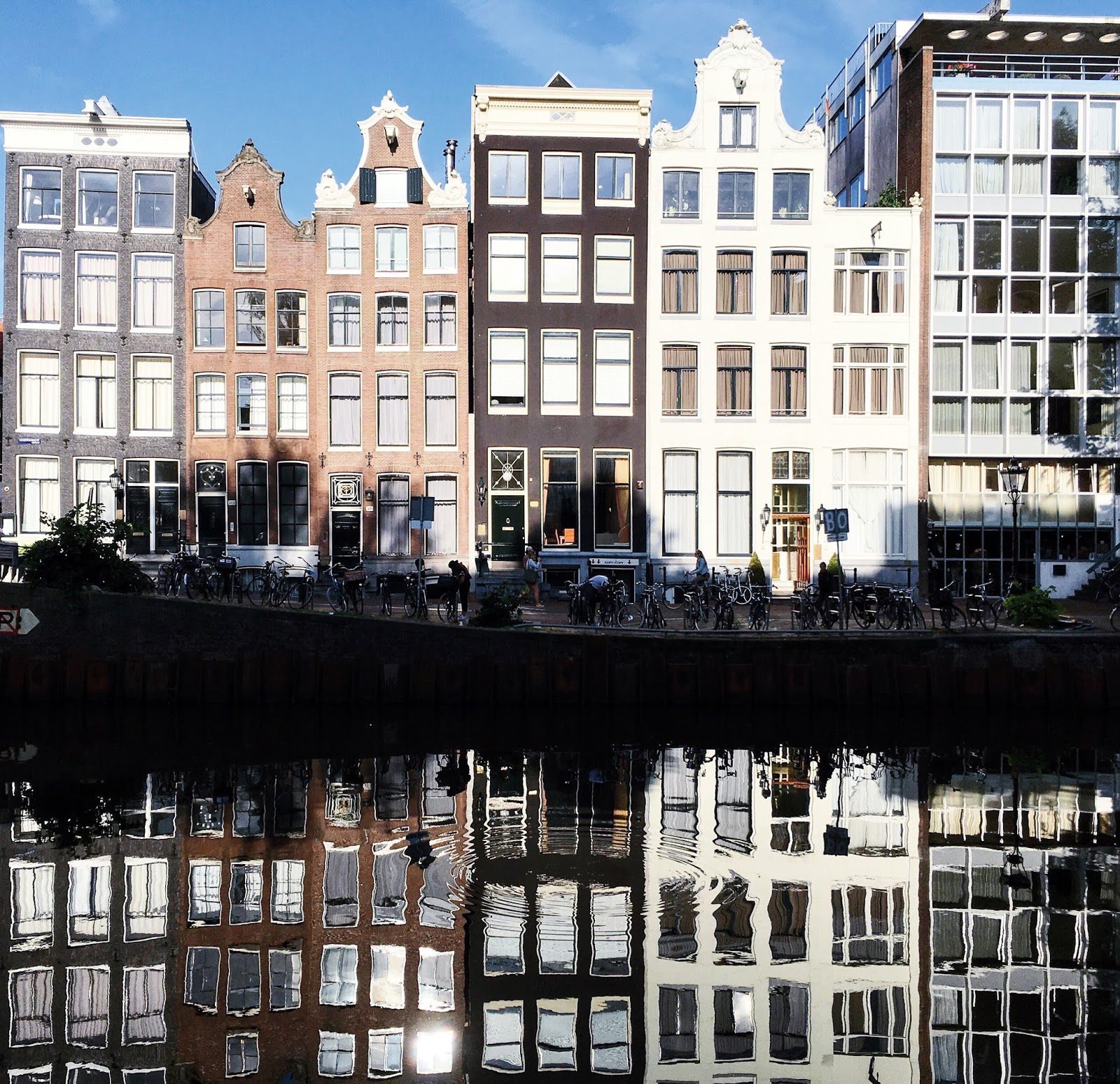 It’s the third of the month, which can only mean one thing – it’s time for a monthly roundup of Amsterdam month 2!
Month 2 has honestly been a rather uneventful one. Apart from spending some days being sick, most of the month I was focusing on getting into the new routine of working nine to five, and still manage .. To other people this might seem a bit silly, but honestly having been in uni the past five years and only spending a few hours in class every week, it’s quite a massive change, and it definitely takes some getting used to.

// Ollie was here and we basically just spent the two weeks that he was here exploring our beautiful city, going to the movies, having sushi dates, and watching Pokémon on Netflix (yeah, we’re geeks)
// In the beginning of August we had the Europride here in Amsterdam and it ended with a massive parade on the canals one hot summer day. Definitely one of the best street parties I’ve been to in a long time!
// After several weeks of waiting, we finally received our furniture! That means that we now finally have a bed, a couch, a dining table, and pretty much all other essentials. Now begins the fun part of decorating the apartment
// Last week I had coffee with a colleague from Hong Kong’s daughter, who recently moved to the city. Considering it’s now been a year since I arrived in Hong Kong, it was nice to talk to someone from there again

// On August 11th I had to bring Ollie to the airport once again. Luckily he’ll be back for good in less than two weeks!
// On the day Ollie left I was literally attacked by the flu and my face was completely covered in cold sores. In the past I’ve only tried having tiny cold sores on the lips, so this was honestly kinda scary (not to mention painful), and I couldn’t leave the house for days because my immune system was so damaged. Luckily I’m feeling great again now, but this has definitely made me want to focus more on remembering taking my vitamins, and also try to relax more after work, as it might have been caused by all the stress that comes with moving to a new city and starting a new job at the same time.

Month 3 is gonna be a rather busy one. On Wednesday my parents will spend a week visiting me and exploring this beautiful city. Two days after they’ve left Ollie will arrive with his parents, who’s gonna stay the weekend here. Month 3 will also be the month that Ollie officially moves to Amsterdam, and I couldn’t be any more excited! It’s so surreal that after 3 years of being in a long distance relationship, we’re gonna be just like any other couple out there. Month 3 will hopefully also be the month for a cheeky little weekend getaway to our neighbour country Belgium that none of us have ever been to. So if any of you have some tips for Brussels, do share!
I’ve also been filming a few clips here and there during the past two months, so expect a cheeky Amsterdam video coming your way really soon!